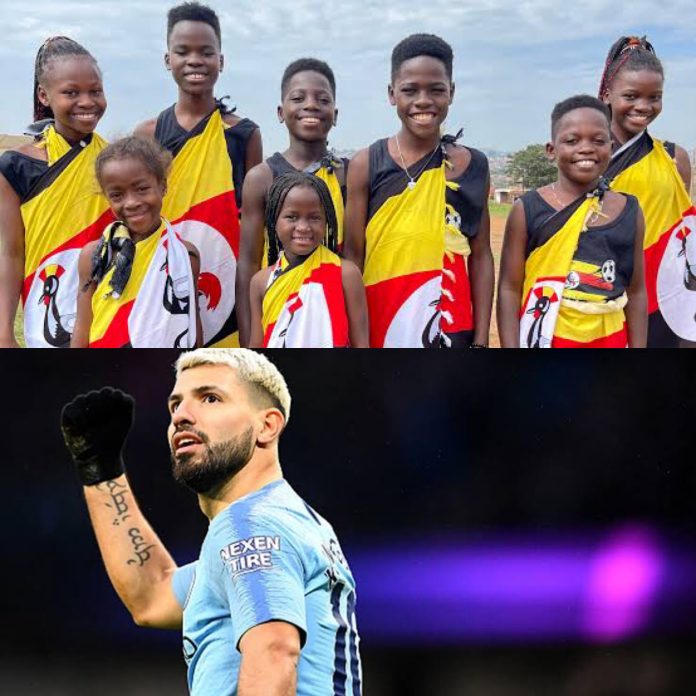 Seven days ago, after an all-expense paid trip to Qatar ahead of the 2022 World Cup tournament, the Triplets Ghetto Kids, a talented group of young dancers from Uganda, were overjoyed to have had the opportunity to perform for the Qatar Royal Family, FIFA President Gianni Infantino, and various Qatari Ministers after missing out on performing at the World Cup opening Ceremony.

They went ahead to make a very artistic short video clip relating to the ongoing world cup and pushed to their social media handles, later did they know that this video will go viral and bring for them a lot of big opportunities.

This video has made them meet several global superstars in music, film and sports and the latest being retired Argentine footballer Sergio Kun Aguero who shared a video to his instagram account of him having quite an enjoyable and pleasurable time with the ghetto kids as he is dancing to some music.

Aguero who played as a striker is considered one of the best strikers of his generation and one of the greatest players in the history of the Premier League, during his decade-long association with Manchester City got diagonised with a cardiac arrhythmia when he had just joined Spanish side Barcelona can be seen in the video enjoying with the young group(Ghetto Kids) exhibiting what one would call “Chris Brown moves” before posing for a photo moment with them.

You Can watch below(courtesy video by Mbu.ug & Kawowo Sports):