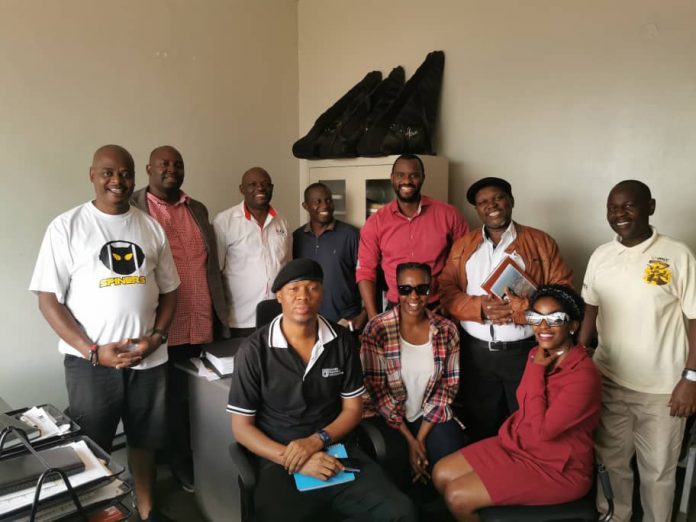 Following a past disrupted Uganda Musicians Association Election that created a Leadership vacuum within the Musicians body, there has been total silence without a clear way forward in regards to the matter.

On Thursday afternoon, National Culture Forum (NCF), an apex body for all Associations in the Arts, Creative and Culture sector where UMA falls facilitated a meeting between the Directors of the Uganda Musicians Association (UMA) who include Cinderella Sanyu aka Cindy, Phina Mugerwa Masanyalaze and Ibrahim Mayanja aka Big Eye and the Chairman of the UMA Election Committee Jeff Ekongot.

The meeting heavily relied on the UMA legal documents to find solutions to some of the outstanding challenges facing it. The Directors and Mr Ekongot agreed as follows;

II) The 3 Directors to restart the election process by formalising the appointments of the election committee and drawing up a new election roadmap with clear milestones and budget. That there should not be any space for errors and failures which erode members confidence.

III) Mr Ekongot to furnish the Directors with a status report and accountability following the failed election exercise.

IV) NCF to support the Directors in resource mobilisation for conducting the election exercise.

It should be noted that the UMA failed Election was a Rollercoaster of events ranging from postponements, Stakeholders interference and Guidance, Technical failures, UMA Constitution checks and Balances amongst many other things. Amidst it all though, an issuance by the minister of Gender, Labour & Social Development Hon. Betty Amongi suspending the elections after consultations with the Uganda National Cultural Centre and National Culture Forum was made and it ruled over.

With all this in play, the big question that remains is, what remains for the Musicians body amidst such times! This will be answered soon, its only a matter of time.