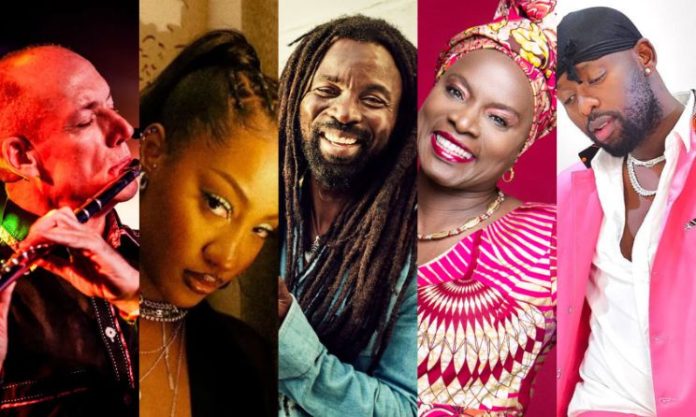 On Tuesday, our Countryman Eddy Kenzo was announced among the nominees for the 65th annual Grammy Awards, which will be handed out on February 5, 2023 in Los Angeles.

The BET Award winners was nominated for his Gimme Love, a song in which he featured with American singer, Matt B .

The song has been nominated for the best global music performance.

But are the Grammys really about good music?

One of the biggest controversies about the Grammy Awards is whether they measure an artist, song or album’s quality, market share or some combination of the two.

Although the voting members of the National Academy of Recording Arts and Sciences are instructed to consider only quality, there are reasons to believe that the selections are made according to more amorphous criteria.

The voters – a select group of recording artists, conductors, songwriters and engineers – operate in a professional environment, rather than a cultural one. That is, they’re prone to be as concerned with sales potential as they are with artistry. “Quality” is never defined, and anonymous voters, of course, aren’t required to justify their choices.

While there’s no reason to challenge the honesty of the process, it’s safe to assume that it pits commercial interests against cultural ones. It’s also reasonable to assume that, like all electorates, Grammy voters are self-interested and inclined to vote in ways that might financially benefit them.

A measure of quality or popularity?

In 2006, professors Mary Watson and Narasimhan Anand showed how the Grammy award categories have evolved to legitimize and lend exposure to certain musical genres and not others. For example, the ceremonies resisted including awards for rock until 1979; the same goes for rap music, which didn’t get its own award until 1989. In an earlier article, they also noted the relationship between the recognition of these genres and how commercially successful they had become.

While Watson and Anand didn’t try to prove that the Grammys are often selected on the basis of prior sales, I would argue that this is also the case.

While the “general field” categories – Record, Album and Song of the Year, and Best New Artist – are open to music in all genres, no classical artist or recording has ever won in any of these categories. It’s probably not a coincidence that classical music and jazz have a very poor market share. On the other hand, 2016’s Best Album, Taylor Swift’s “1989,” had already sold five million copies by July 5, 2015. And Adele’s “25,” nominated for 2017’s Best Album award, sold over nine million copies in 2016 alone.

Meanwhile, many artists and critics have knocked the Grammys for being a purely money-making enterprise, with little relationship to artistic accomplishment.

When Pearl Jam won the award for Best Hard Rock Performance in 1996, the band’s lead singer Eddie Vedder commented from the stage that “I don’t know what this means. I don’t think it means anything.”

In 1991 Sinead O’Connor, even though she won for Best Alternative Musical Performance and was nominated for other categories, nonetheless boycotted the ceremony and refused the award – the first artist to do so – citing its “extreme commercialism.”

Can the Pulitzer Prize act as a model?

By contrast, the Pulitzer Prize in Music appears to have little or no relationship to market share. Whether or not the judging process is entirely fair, there’s at least the impression that the seek to reward cultural – not commercial – accomplishment.

The prize is chosen not by a vote of hundreds of industry professionals but by a small panel of experts: musicians, presenters and critics. The prize was long awarded exclusively to classical music and composers. But the guidelines were changed in 2004 expressly to admit music across all genres, including works represented by recordings rather than notated scores.

Unlike the Grammys, a Pulitzer Prize has even, on occasion, been awarded to little-known composers, such as Caroline Shaw, who, as a 30-year-old student, won the 2013 prize for “Partita for 8 Voices,” an a cappella composition release on the small, independent label New Amsterdam.

There’s plenty to criticize about the Pulitzer Prize for Music, which still has its own genre bias, favoring classical music with an occasional nod to jazz. The prize has been faulted for being “academic” and out of touch with the public. But preoccupation with album sales is surely not a concern.

But Is a Grammy award necessary?

Talking about the Grammys is talking politics, and invariably the question from non-enthusiasts of the awards is whether Africa needs the Grammys. It doesn’t. But it wants it. Several artists, especially rappers, have mentioned winning it in their songs. Many others do so in interviews. This, if for no other reason, is why the discussion comes up.

It matters to fans as well. There is a faction of music lovers who can’t believe Fela never won, those who think Hugh Masekela deserves a trophy, those who root for Salif Keita. In 2016 in one of the interviews Lekan Babalola did, who hasn’t won but has worked on two Grammy winning albums with Cassandra Wilson and Ali Farka Touré, caused a great deal of excitement across Nigerian media.

So while it’s necessary that African countries develop their own credible award systems, it must be said that the desire for a Grammy as expressed by African artists is a legitimate one. The assumption is that African acts are seeking Western validation, but this is wrong. African acts are after global inclusion and recognition. Although essentially American, the Grammys are at the visible centre of the world’s music industry, and African artists, like artists everywhere else, want to be seen. This is as much a human need as it is a professional one.

So are the Grammys really about good music?

Sometimes, but not often enough.