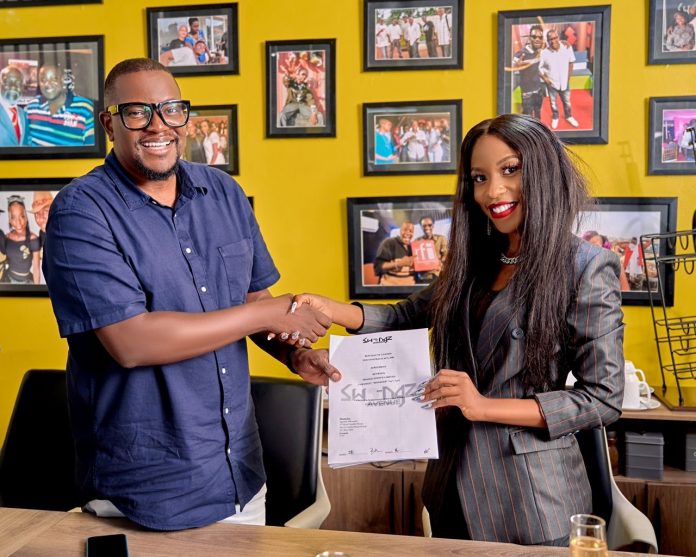 Vinka has been part of Swangz Avenue as a singer for over 5 years now. Unlike other artists signed to the label, Vinka started off as an artist manager to Irene Ntale in Swangz Avenue before she pulled the bull by the horns to join the competitive music industry. Through a tweet, Vinka thanked her bosses at Swangz and toasted to more 5 years of working with them.

Over the years under the label, Vinka has released mega hits that have won her various accolades on top of ruling airvawes and topping musical charts. Within the same period, the 28 year old songstress signed another contract with Sony Music Africa, one of the biggest and most reputable music companies on the globe.

Swangz Avenue now boasts of 4 female artists, Vinka, Winnie Nwagi, Azawi and their latest signing Zafaran. Benon Mugumbya, one of the Directors said in an exclusive interview that the label intends to retain all their artists .