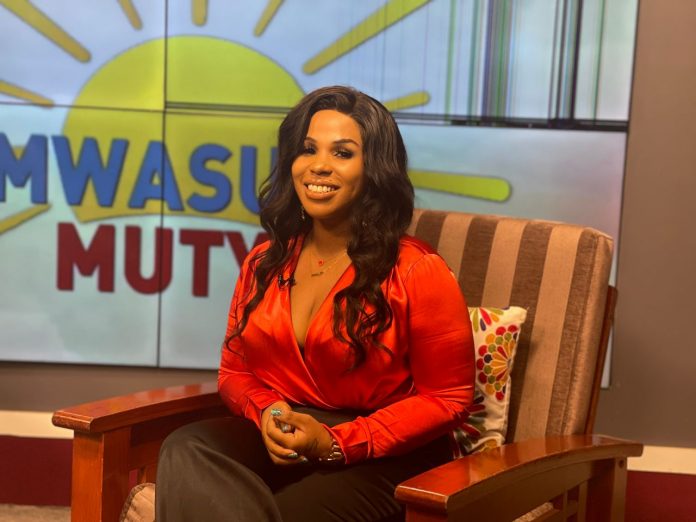 Usually when relationships go sour, one side speaks ill of another. However, that’s not the same with the latest celebrity break up in town, Mr Henrie and Prima Kardashi.

The beautician and radio presenter’s love has been talk of town with break up rumors and on Friday morning, Prima confirmed it while appearing on NTVs Mwasuze mutya programme.

Speaking to the host , Prima said that Mr Henrie was too perfect for her and she chose to slow down and let go so she could focus more on her life and her children. She also assured the viewers that Henrie was her “Guardian Angel“, a man that always told her whatever she needed to here, in simple terms he was a loving man.

She further revealed that social media painted a wrong picture of them and it was all putting Henrie more down yet he still has a bright long future ahead of him.  She didn’t want Henrie be judged because of her mistakes!

Prima noted that she had gotten into business partnerships with Henrie and she wishes they can still partner business wise.