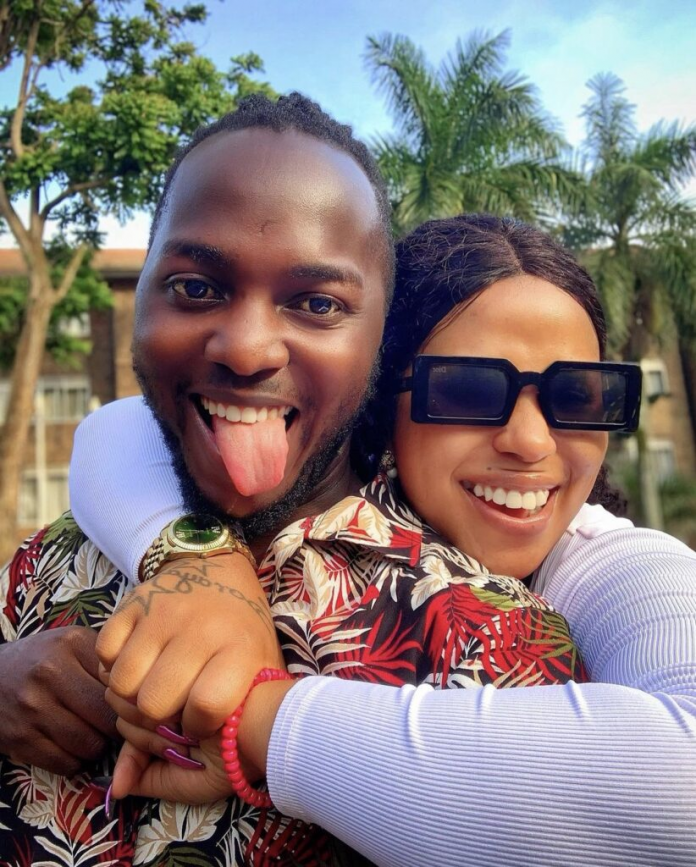 Galaxy FM presenter Mr Henrie has come out to brand the rumors of breaking up with partner Prima Kardash as hogwash. While appearing on Sanyuka TV’s Uncut, Henrie said that these rumors are completely false and baseless.

This is because he doesn’t think he will be leaving Prima any time soon. According to Henrie, he made a promise to her and she also made one to him that they will never part ways. He also deeply knows that she’s the right woman for him. And with such a woman who has a great vision as Prima’s, there is no way he would ever leave her.

He was asked whether he doesn’t feel bad that she’s in Dubai alongside Spice Diana slaying. Mr Henrie replied that in this generation, women should be left alone to do what they want and not rear them like animals. Besides, when she flies abroad, it’s not only slaying but business as usual. The radio presenter further said that the two are building an empire together and therefore will stick together no matter what. On why they have no kids yet, Henrie said that God has a timing for them which is not now. Besides he’s blessed to be father to Prima’s two beautiful daughters Sorayah and Solange.

“I also saw the rumors from one of Sanyuka TV’s presenters saying that we had broken up. I don’t know where such rumors surface from. We haven’t broken up and we are still together I don’t know for how long but for as long as life will give us. I’m totally fine with her being abroad enjoying life to the maximum or whatever you would like to call it. She’s not only there for slaying but business too. We are building a business empire together. So, there is no way I can leave her. I’m not afraid of being here alone without her, she trusts me and so do I.” Mr Henrie said.

Earlier this week rumors had started speculating that Mr Henrie was on a cheating spree in Prima’s absence.