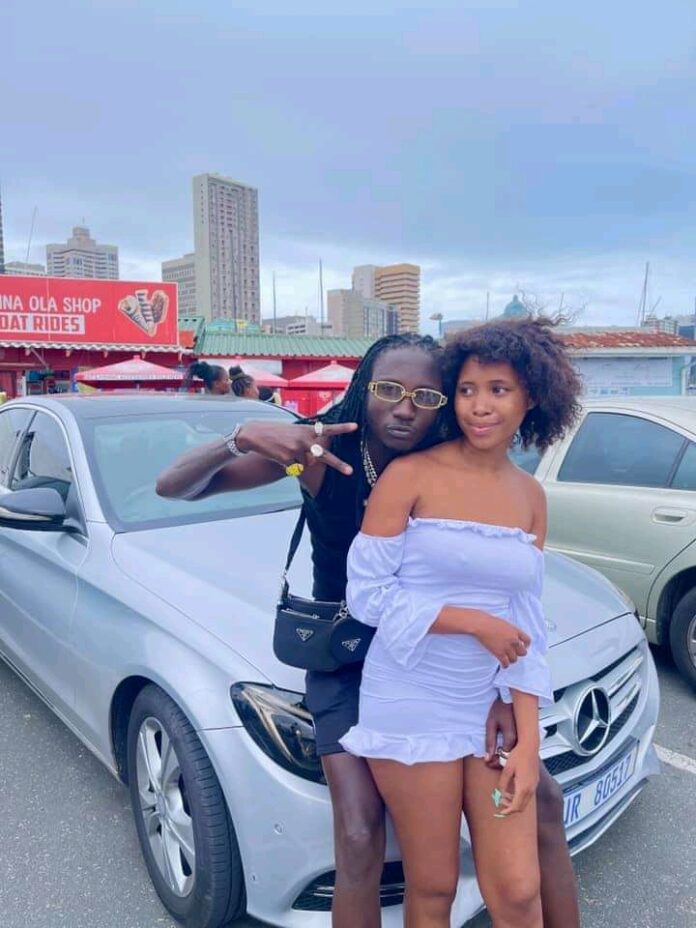 Social media has been awash following the steamy pictures of a half naked diva showing off her yummy God given assets posing with Ugandan singer Ziza Bafana.

Its believed that this diva is SouthAfrican and only hooked up with Bafana who is currently in Randburg , an upmarket area located in the Gauteng province of South Africa. Its not yet known if Bafana was shooting a music video or it was just a picture moment.

This is not Ziza Bafana’s first time posing with girls in this format, in his song dubbed Embuuzi, he exactly did the same and with these photos, history was only repeating itself.

Nigerian Star Skales to perform Live at JAMESON & FRIENDS, this Sunday at Motiv

What Could Be Behind  Sheilah Gashumba`s Receiving Of ‘Politically Affiliated Threats?