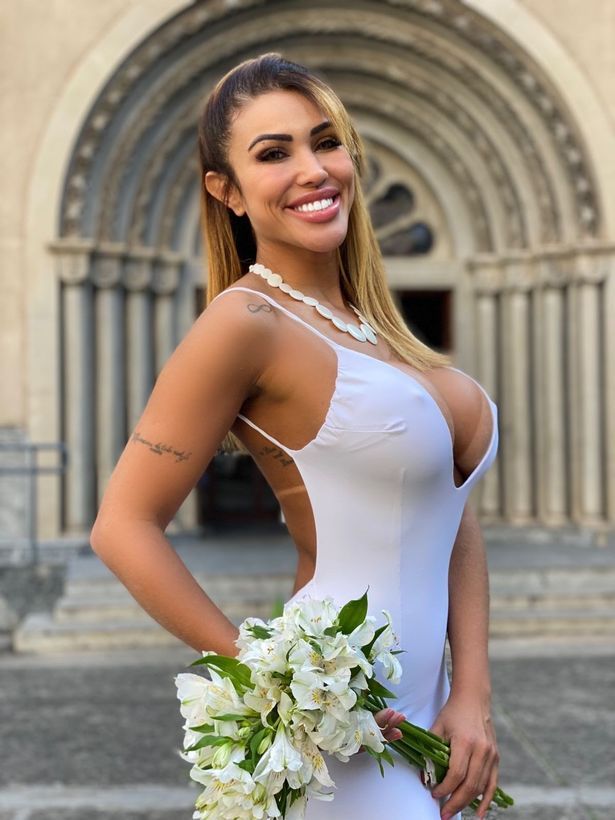 A woman, who made headlines earlier this year by marrying herself, is now heading for divorce after confessing she’s met someone else.

Cris Galera claims she grew tired of relying on men, so she decided to marry herself in a formal ceremony which was held in September of this year. The 33-year-old model insisted she wasn’t “disappointed” not to have a groom and instead was embracing going it alone, but it wasn’t meant to be and 90 days later, she’s decided to divorce herself.

Fortunately for Cris, who hails from Sao Paulo in Brazil, she has since met “someone special” and has even started to fall in love, despite vowing to go solo.

“I was happy while it lasted,” she said, adding, “I started to believe in love the moment I met someone else special.” Talking back in September about marrying herself, Cris said: “I reached a point where I matured, I realized that I am a strong and determined woman. “I was always afraid of being alone, but I realized that I needed to learn to feel good about myself. When that happened, I decided to celebrate it.” On her wedding day, Cris could be seen showing off her tattoos in a stunning plunging white dress, posing outside a Catholic church in her native Brazil.

She happily posed for pictures on her wedding day in front of a Catholic church in Sao Paulo, Brazil. Reflecting on her impressive outfit at the time, Cris said: “I wanted to highlight my best features, my breasts. I wore a killer neckline.” However, while Cris felt fantastic on her big day, she was sad to receive hate comments from trolls.

“I decided that I would no longer read the hate comments,” she commented. “People’s opinion will not change what I think or add anything to it.”