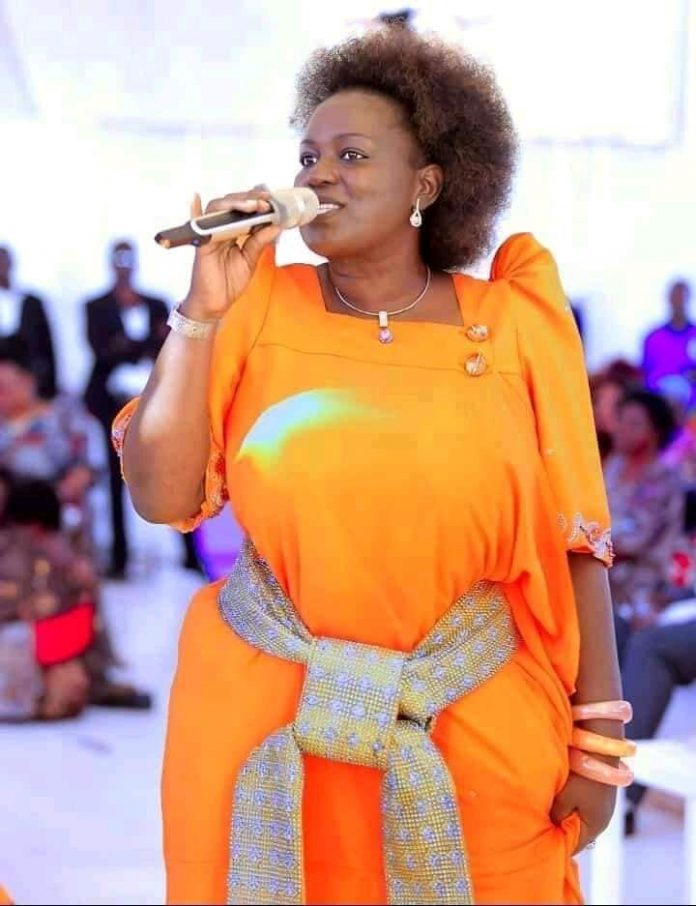 Old songs now represent 70 percent of the Uganda`s music market, according to the latest numbers I tried to gather in the last past 14 months. Those who make a living from new music—especially that endangered species known as the working musician—should look at these figures with fear and trembling. But the news gets worse: The new-music market is actually shrinking. All the growth in the market is coming from old songs.

While conducting my survey, I encountered one of the phenomenon in August 2022, at a retail store in Kajjansi, Wakiso District where the youngster at the cash register was singing along with Elly Wamala on “Ebinyumu Ebyaffe” (a hit from the 80s) as it blasted on the radio. A few days earlier, I had a similar experience at a local diner in Makindye, where the entire staff was under 30 but every song was more than 20 years old. I asked my server: “Why are you playing this old music?” She looked at me in surprise before answering: “Oh, I like these songs.”

Never before in history have new tracks attained hit status while generating so little cultural impact. In fact, the audience seems to be embracing the hits of decades past instead. Success was always short-lived in the music business, but now even new songs that become bona fide hits can pass unnoticed by much of the population.

Only songs released in the past 18 months get classified as “new” in my research, so people could conceivably be listening to a lot of two-year-old songs, rather than 20-year-old ones. But I doubt these old playlists consist of songs from the year before last. Even if they did, that fact would still represent a repudiation of the currrent-music industry, which is almost entirely focused on what’s happening right now.

Every week I hear from hundreds of bloggers and media personalities, record labels, band managers, and other professionals who want to hype the newest new thing. Their livelihoods depend on it. The entire business model of Uganda`s music industry is built on promoting new songs. As a music writer, I’m expected to do the same, as are radio stations, retailers, DJs, nightclub owners, editors, playlist curators, and everyone else with skin in the game. Yet all the evidence indicates that few listeners are paying attention.

Consider the recent reaction when the MAMA Awards that were slated to happen in Uganda were postponed. Perhaps I should say the lack of reaction, because the cultural response was little more than a yawn. I follow hundreds of music professionals on social media, and I didn’t encounter a single expression of annoyance or regret that Africa`s biggest annual event in new music had been put on hold. That’s ominous.

Can you imagine how angry fans would be if “Tugende Mu Kikadde” that has a line up of Afrigo Band, Fred SSebata, Chance Nalubega, Ragga Dee, Mariam Ndagire and the likes was delayed? People would get really mad and their reaction would be so much felt. But the MAMAs go missing in action, and hardly anyone notices.

This isn’t happening just in Uganda, let’s sketch it much wider, globally

A decade ago, 40 million people watched the Grammy Awards. That’s a meaningful audience, but now the devoted fans of this event are starting to resemble a tiny subculture. More people pay attention to streams of video games on Twitch (which now gets 30 million daily visitors) or the latest reality-TV show. In fact, musicians would probably do better getting placement in Fortnite than signing a record deal in 2022. At least they would have access to a growing demographic.

Some would like to believe that this trend is just a short-term blip, perhaps caused by the pandemic. When clubs open up again, and DJs start spinning new records at parties, the world will return to normal, or so we’re told. The hottest songs will again be the newest songs. I’m not so optimistic.

A series of unfortunate events are conspiring to marginalize new music. The pandemic which we have just overcome is one of these ugly facts, but hardly the only contributor to the growing crisis.

Consider these other trends:

Decades ago, USA`s music composer Erik Satie announced the arrival of “furniture music,” a kind of song that would blend seamlessly into the background of our lives. His vision seems closer to reality than ever.

While conducting my research, some friends of mine told me that this decline in the popularity of new music is simply the result of lousy new songs. Music used to be better, or so they say. The old songs had better melodies, more interesting harmonies, relatable lyrics  and demonstrated genuine musicianship, not just software loops, Auto-Tuned vocals, and regurgitated samples.

There will never be another GNL Zamba, they tell me. Or Philly Lutaaya. Or Fred Masagazi. Or Christopher Ssebadduka.

I can understand the frustrations of music lovers who get no satisfaction from current mainstream songs, though they try and they try. I also lament the lack of imagination on many modern hits. But I disagree with my friends’ larger verdict. I listen to two to three hours of new music every week, and I know that plenty of exceptional young musicians are out there trying to make it. They exist. But the music industry has lost its ability to discover and nurture their talents.

Music-industry bigwigs have plenty of excuses for their inability to discover and adequately promote great new artists. The fear of copyright lawsuits has made many in the industry deathly afraid of listening to unsolicited demo recordings. If you hear a demo today, you might get sued for stealing its melody—or maybe just its rhythmic groove—five years from now. Try mailing a demo to a label or producer, and watch it return unopened.

The people whose livelihood depends on discovering new musical talent face legal risks if they take their job seriously. That’s only one of the deleterious results of the music industry’s overreliance on lawyers and litigation, a hard-ass approach they once hoped would cure all their problems, but now does more harm than good. Everybody suffers in this litigious environment except for the partners at the entertainment-law firms, who enjoy the abundant fruits of all these lawsuits and legal threats.

The problem goes deeper than just copyright concerns. The people running the music industry have lost confidence in new music. They won’t admit it publicly—that would be like the priests of Jupiter and Apollo in ancient Rome admitting that their gods are dead. Even if they know it’s true, their job titles won’t allow such a humble and abject confession. Yet that is exactly what’s happening. The moguls have lost their faith in the redemptive and life-changing power of new music. How sad is that? Of course, the decision makers need to pretend that they still believe in the future of their business, and want to discover the next revolutionary talent. But that’s not what they really think. Their actions speak much louder than their empty words.

In fact, taking you in the much more developed Countries in the west, nothing is less interesting to their music executives than a completely radical new kind of music. Who can blame them for feeling this way? The radio stations will play only songs that fit the dominant formulas, which haven’t changed much in decades. The algorithms curating so much of our new music are even worse. Music algorithms are designed to be feedback loops, ensuring that the promoted new songs are virtually identical to your favorite old songs. Anything that genuinely breaks the mold is excluded from consideration almost as a rule. That’s actually how the current system has been designed to work.

The problem isn’t a lack of good new music. It’s an institutional failure to discover and nurture it.