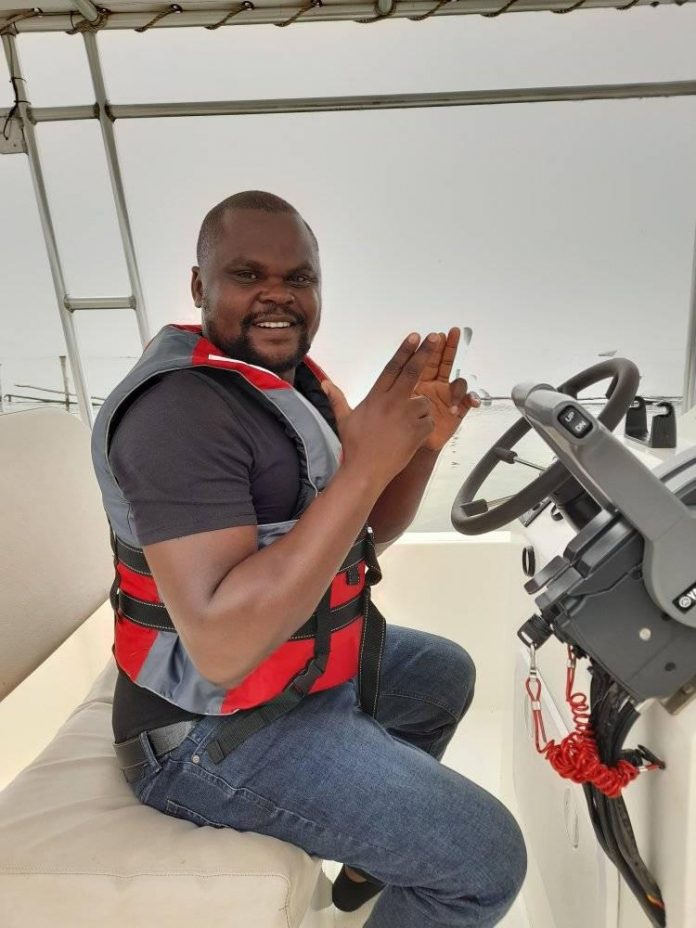 Video sharing social platform TikTok has created a new generation of celebrities and brands in a short time it’s been the many’s favorite in the land.

Among the many whose popularity in the public domain was engineered by the App is Sammie Manini, real names Abaho Samuel. Today, when one speaks about the name Sammie Manini, he is no stranger to many and thanks to Tik-Tok. Sammie became popular after his Tik-Tok video went viral for incorrectly referring to Zebra’s as lions in mid December 2021. In the video, he animatedly runs off while claiming that the lions “Zebras” are chasing him something that evoked a great dose of laughter for many.

The Genesis of his Tik-Tok Career!

Sammie says he had no idea and knowledge of Tik-Tok till he invited his sister over for Christmas at his place. While there, she bumped into videos in his phone that she thought were good content for the App. Sammy says he initially lived a low life and feared that his videos if uploaded would ruin his career and family. Later on he accepted and got his account opened. The rest is now history.

The story behind his “The Rions” video!

Sammie says he’s a professional tour guide and given the nature of his job, he travels a lot to tourist destinations. One day, together with his friends they wanted to visit Queen Elizabeth National Park to see lions. At that moment, they were parking at Lake Mburo national park and their driver insisted that in the same park, there were lions.

With his tourism knowledge, Sammy clearly knew the lions were not at that park. In a rather funny way, Sammie jokingly recorded a video referring to the zebras in his background as Rions ( Lions ). Upon being uploaded, the video went viral and many public figures shared it globally among which included American singer Doja Cat on her twitter account. Just like that, Sammie’s story began and today he’s one of the top social media influencers in the land. Sammie’s Rion video registered over 2M views, 90K likes, 20K comments and 20K shares on Tik-Tok with several other shares on other social media platforms.

Sammie before Tik- Tok fame & After

Although Sammie initially didn’t know about the app and was resistant about joining it, he currently doesn’t regret joining it because he earns from it. He is now an influencer for various big brands and at this point he only hopes to go higher and higher. On a rather hilarious but real note, Sammie says ladies have been the most supportive of his career and with his current fame, many women fancy him “Kwetega” but he maintains that he is married and has a wife at home. “Iam married and I stay with my wife so Iam not searching,” he said.

While appearing on a local TV station , Sammie declared to his fans that he originates from Kiruhura and added that he’s the first celebrity from his home district Kiruhura.