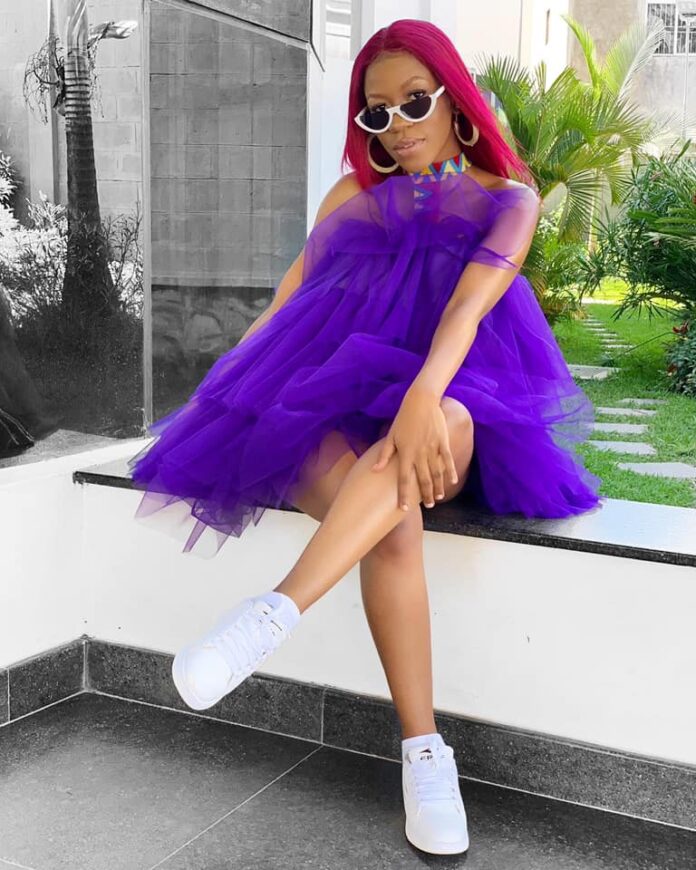 We are clearly past the days when Ugandan music was dominated by the male species. Back then, this generation female artists were represented by Julianna Kanyomozi and Irene Namubiru which determined the kind of songs women could do. In the past women could be heard most often in choirs but the norm looks to have taken another turn as women have explored new endeavors.

Love ballads and soft gentle nature was the ladylike thing to do until some strong women came up and challenged those stereo types and today we celebrate those women who one would call the bad girls in the Ugandan music industry that can do music genres like Ragga, Raggae, Dancehall, Hip-Hop among others that were initially thought as genres for the men.

Over the past decade, East Africa has produced a good female artists whose hardwork and good voices have done well to conquer the male dominated industry. In our WEDNESDAY #WCW series, we today celebrate Vinka, real name Nakiyingi Veronica Luggya who is one of the Female artists that have changed this stereotype narrative.

In this article, we get to show the 4 different shades of the self styled Boss Manja, sit back, relax and enjoy as you sip on some worrrraaaaaaaaaaa…………..

Vinka made her music debut with “Level” and she is a well-established artist who released a number of hit songs like Malaika, Love panic, Only love you, and many more

Vinka was born on June 27th 1994 to Mr & Mrs Luggya in Kampala, Uganda. A Makerere University graduate of Tourism and Hospitality, she has always had a passion for music. In late 2016, Swangz Avenue, the record label she worked for asked her to convert into a musician. After considerations, Veronica then, took the opportunity and signed a record deal under stage name Vinka in Febuary of 2017. She debuted with a single titled “Level’ followed by a collaboration “Stylo” with Irene Ntale.

In her music genesis days, Vinka had to shut up many haters who always thought and bashed her thinking she will not survive musically, to their suprise, the songsress became a household name and we are undoubtedly sure her way back haters vibe to her music today. She has now become a household name. She has continued to sit on top on Uganda’s music charts with every song she has released. Her 2017 single “Malaika” was a huge hit which was followed by even bigger songs “Love Doctor” and her April 2018 release “Chips Na Ketchup”. Other big hits include “Overdose” featuring Voltage Music and “Tubikole” featuring Fik Fameica.

At the start of 2019, she announced that she’d be releasing a song and video every first day of the month for 12 months, something which she fulfilled. She is currently signed to a global record label, Sony Music Recording. Unlike with other African artists signed to Sony, Vinka retain her management. Sony agreed to let Vinka work with her Swangz Avenue management on the artist strategy because they understand the artist and her market better.

Vinka’s dating rumor’s started after she held a secret introduction ceremony at her parents’ home as she introduced to them the love of her life. After alot of speculations, it was later known that Witta Nelson, a businessman and politician from Isingiro who is also is the father of her child. Vinka, began the year 2021 as a mother as she gave birth to her first child on Tuesday, 19th January. Prior to her giving birth, the singer was a no-show at events and was seen wearing only baggy and layered clothes. She was the only Swangz Avenue singer who did not make it to Murchison Falls National Park for Roast and Rhyme in the wild edition and also Club Beatz at Home concert that happened around the time.

True to the demands of nature, for all that period of time, Vinka’s die-hards didn’t get to hear anything from her be it an audio for a new song nor those sumptuous videos the world came to know her for. The great news of her giving birth meant that then booming female artist would pose her career and take care of her baby for over 5 months.

Before she joined the music industry, Vinka first worked as the manager to singer Irene Ntale who left Swangz Avenue over 5 years ago to pursue a solo career. Around the same time, Vinka dropped her first single dubbed level which catapulted her to the music scene and like they say, the rest is history.

Having the generic background with artist management, Vinka is believed to be doing soo much about her career and music circulation simply because she knows what to do, she has done it before. Having a personal manager for herself is added advantage.

Many got shocked when Vinka switched to music, she was a force to reckon with after releasing hit after hit. She started out as a dancer for artists like Maurice Kirya, Cindy and Jackie Chandiru before she worked at Uganda’s premier entertainment company; Swangz Avenue, while still at university. Veronica moved through the ranks at Swangz and was tasked to work as artist manager for several of the record label’s big artists at the time. From 2013 through to 2016, she worked with Irene Ntale, Winnie Nwagi and other artists who she currently shares a career with.

Vinka has moved with her dancing skills and till today, she exhibits the cool dancing strokes in most of her videos. Her classmates way back at Rubaga Girls School will tell you that the songstress was their queen dancer.