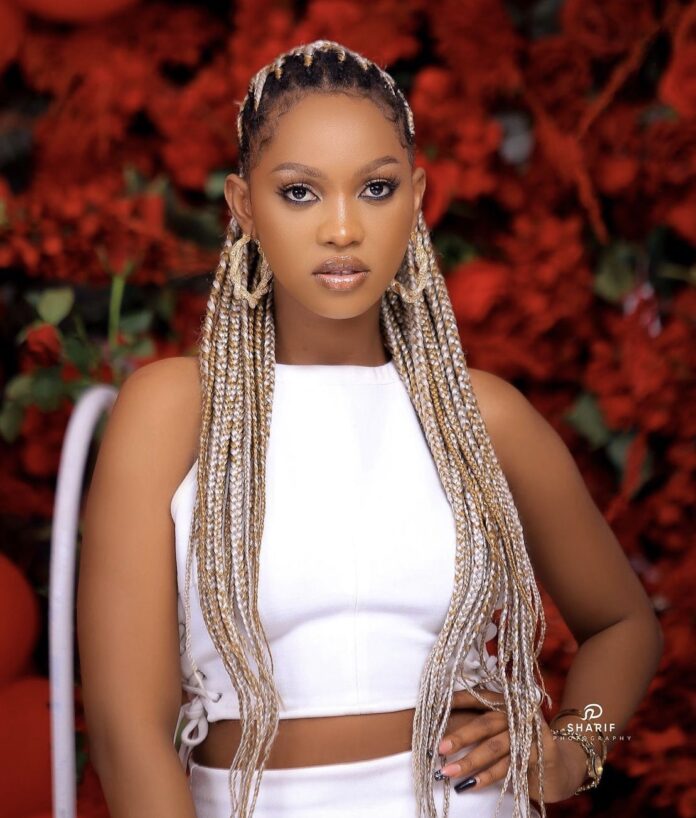 After successfully cementing her position as one of the Top top female artists in the land, Spice Diana recently faced one of the most trying moments of her career.

Spice Diana ranted about Ugandan awards warning the organizers never to nominate her for any awards again, her reason for this was because they are biased. Some of her followers called her out for being selfish as they believed she got pissed with the organizers because she wasn’t crowned as the biggest musician of the year at the recently concluded Janzi Awards.

As many thought Diana would cease fire, the Source management singer maintained her word about her stand in being nominated in the local awards. At this point, she received more hit on messages from the netizens who told her that local awards are the only ones that saved her, at the point, Spice Diana didn’t have any International award.

The God of Spice Diana however never sleeps, around the same time people mocked her that she belonged to the local awards fraternity, she received her first International Award, something that saved her. Diana won an award for Best Female Artist- East/ South/ North Africa in the 7th annual AEAUSA Awards held in New Jersey. With this nod, should we finally confirm that Spice Diana belongs to the International awards and to hell with local awards? well, its all a matter of time.

Still on that Winning lane, On Wednesday 29th December, the same person songstress Spice Diana hit the 2 million followers mark on Facebook. Spice Diana currently boasts of 12m Instagram followers, 292k on Twitter, 315k on YouTube, and now 2m on Facebook. 2021 has been an eventful year for Spice Diana especially in it’s last months. She has received both positive and negative criticism almost in equal measure, but amidst everything, we congratulate her for standing her ground and staying true to her beliefs. Congratulations Spice!