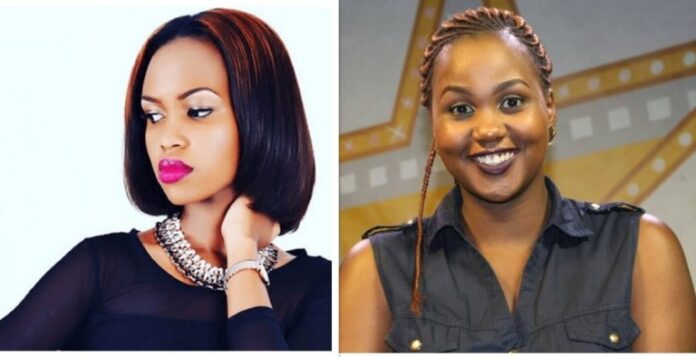 Former Urban TV Presenter, Tina Fierce has mocked Sheila Gashumba for going back on her words in regards to joining TV again.

Sheila Gashumba had last year said that she will not be joining any TV again unless it’s her own show she is doing. She said she would rather do her own thing than be famous in TV while being paid peanuts.

By that time, she had just alleged that NTV pays their presenters 50k per show. People don’t seem to forget, tweeps trolled her for not standing on her word. Obviously, Tina Fierce couldn’t just miss this opportunity.

Well, looking at Shiela Gashumba’s side, definitely the cheque was way heavier than that she was receiving at NTV. Like any other person, she needs the money and of course, she works for it.

However, sometimes people look at her as a very controversial person who always wants attention. In any case if it’s about attention, she got it. Yesterday she was trending number one on Twitter, Instagram, Snapchat, and Facebook.

Meanwhile, it’s not surprising that Tina Fierce trolled her because we all know where this stems from. There is probably no reconciling these two ever because their beef has gone on for way too long now.

Sheila however hit back saying its the big pay check that brought her back to television. However, the truth of the matter is that Gashumba is an undeniably great asset that was added on the NBS After 5 show given her great following on social media and also experience.