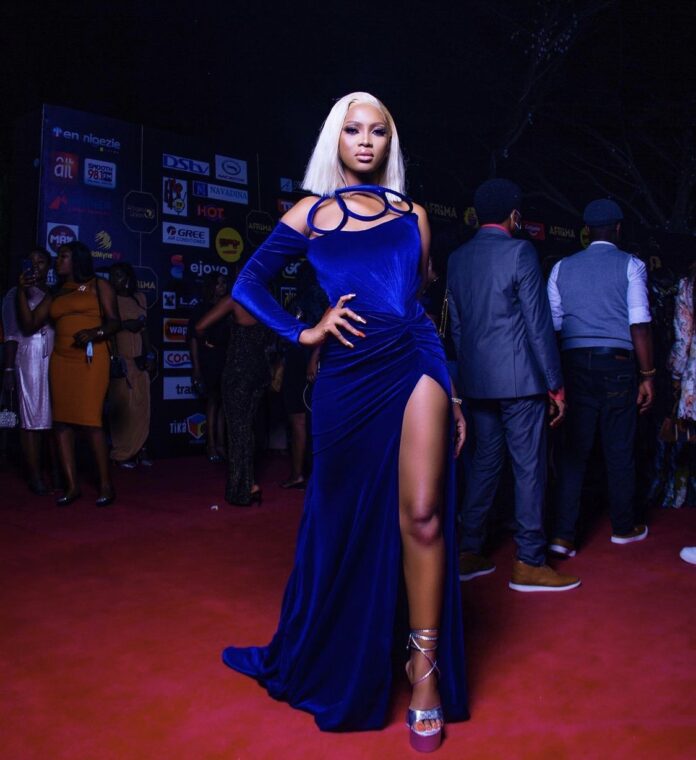 Music stars and fans from all parts of Africa convened at Eko Hotels and Suites for the All Africa Music Awards (AFRIMA) award ceremony held on Sunday.

Among them were Ugandan female artist from Source management Spice Diana and the B2C Soldiers aka Kampala Boys who were all nominees for the big night that is arguably the most prominent on the continent in recognizing and rewarding creative talents. This year, over 8,800 songs were received as entries and were screened down to 400 songs by the Jury into continental and regional categories cutting across African talents and creative living on the continent and in the Diaspora.

Winners of the 38 categories were rewarded at the event on Sunday, hosted jointly by South African actress, model and presenter, Pearl Thusi and British-Congolese comedian, presenter and actor, Eddie Kadi as the Red-carpet event was hosted by Cameroonian television personality, Pamela Happi also known as Miss P and celebrity Video Jockey, VJ Adams.

Though Spice Diana and the B2C soldiers missed out on winning in their respective categories, Big TalentCEO and 2015 BET Award Winner Eddy Kenzo scooped the award for Best Male Artist in EastAfrica and as an act of nobility, Spice Diana and B2C Soldiers who travelled via Rwanda Air to Lagos accepted the award on his behalf as well as giving a genteel and comme il faut acceptance speech.

According to our well established sources, Spice Diana and the B2C trio who were treated like VIPs at the occasion managed to get in touch with “big” artists from Nigeria, Ghana, DRC, Ivory Coast and South Africa and exchanged contacts for potential business and musical collaborations in the near future.

Other big winners at the AFRIMA awards 2021 were; Wizkid who won – African Artiste Of The Year, Song of The Year and Best African Collaboration. Malian artiste, Iba Ona who won Best Male Artiste in Western Africa, Best Artiste Duo or Group in African Pop, Album of the Year, African Male Artiste in Inspirational Music, and Best in African Rock.