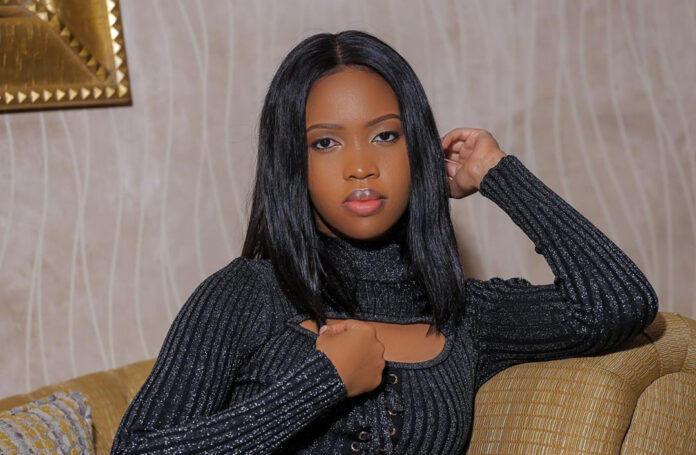 New NBS After 5 presenter Sheilah Gashumba has come out to give a free piece of advice to Ugandan singer Jose Chameleone on how to dethrone Tanzania’s Diamond Platnumz.

Chameleone was at one time hailed as East Africa’s finest and the undisputed music king. However, this doesn’t seem the case anymore ever since the Tanzanian ‘Simba’ rose up.

The Jeje singer has been dominating the airwaves for a number of years now but Sheilah Gashumba feels Chameleon still has the magic. She advised the Forever singer to go back to the basics of fusing his songs with Swahili. Sheila further advised all Ugandan artistes to stop moving with useless people.

“I think Chameleone should start fusing his songs with a lot of Swahili. Anyone on his management team should remind him of this. It’s what made him the biggest star at some point. I would also like to advise Ugandan artistes to stop moving with useless people. You will find a musician walking in a group of 8 people who all have no use to him/her,” Sheilah Gashumba said.

The self-styled Lil Stunner explained the reason Nigerians are getting more bookings and airplay in East Africa. She said that this is because they invested a lot in online platforms such as iTunes and Spotify.

She added that during this lockdown, the Nigerians were busy paying the PRO’s to push their music unlike Ugandan singers. Sheilah Gashumba further tasked Ugandan artistes to invest in their social media brands. CC:NEWSLEXPOINT