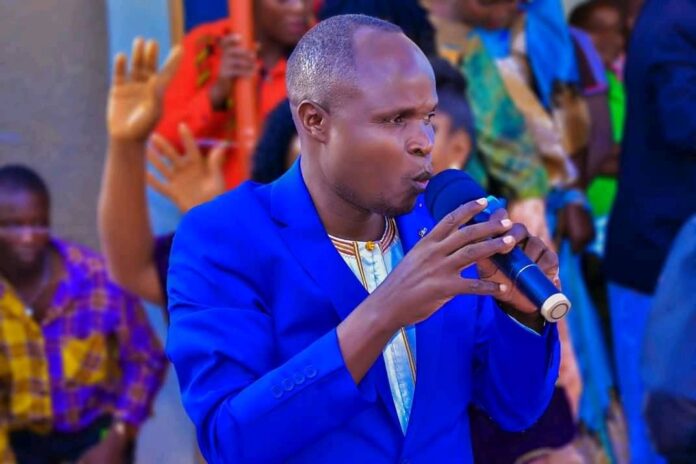 Veteran band singer Ronald Mayinja has revealed that some years back he hated himself after a section of Ugandans falsely accused him of being HIV positive.

He said the accusations sent him into depression. Mayinja, one of the proprietors of Golden Band made the revelation during an interview with Sanyuka TV, a few days ago.

“I became so tired and even started hating myself because of the accusations. You be singing on stage and some people tell you to go and die because your sick,”

He also shared a story of a young girl he once met backstage who came to him crying and talking about how she was told that he was HIV positive. Mayinja cleared the air stating that he is HIV negative and asked his fans to always disregard the rumors about his status. Early this year, Mayinja’s colleague and fellow singer Sir Mesach Semakula also said he was not happy about people who had made it a tendency to constantly debate about his HIV/AIDS status.

Although he didn’t publicize his real status, the ‘Golden papa’ sarcastically said that he was just happy because the AIDS he allegedly has doesn’t kill. He said for many years, people have been accusing him and his close friend Mayinja for being HIV positive. In an interview with Urban TV’s Spectrum show, Semakula said that he has seen Mayinja since they were young but he has never seen him gain or lose weight, or even have a change in colour but online ‘doctors’ already have their conclusions.

“We have grown up while being accused by people for being HIV/AIDS positive, but all in the years I’ve never seen a big or fat Mayinja, or a brown Mayinja since when we were young. But they accuse the man for no reason because that’s who he is, that’s his nature,” Semakula said.

“The good thing is our AIDS doesn’t kill, it has given us everlasting and happy life and we are grateful for that. The earthly journey is long and a bit complex.”