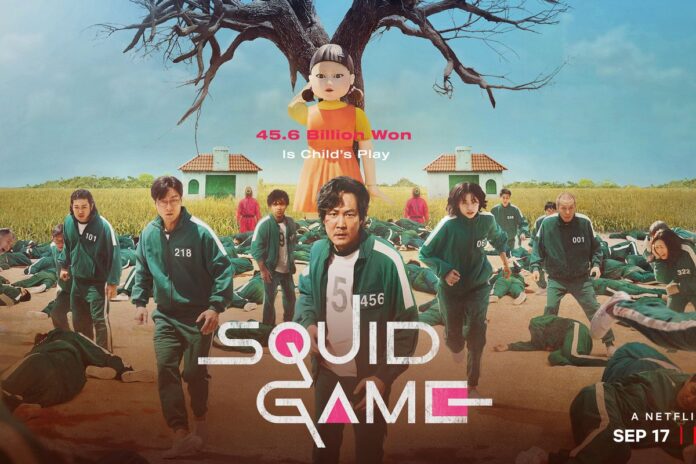 Hundreds of cash-strapped players accept a strange invitation to compete in children’s games. Inside, a tempting prize awaits, with deadly high stakes. A survival game that has a whopping 40-million-dollar prize at stake.

The responses to this show are as explosive as those towards the South Korean film “Parasite”. Viewers who got hooked on the murderous dystopian series The Hunger Games and cult favourite Battle Royale are the reason for its popularity. It is set in today’s society, with participants being people in interminable debt, mostly from gambling, and about their desperation. The actors were great in all the scenes. The show has themes and ideas that convey intense meaning. It gives joy and laughter, and every character is thought out in great detail.

All was going great, until came the second half, which felt rushed and like the writers were out of ideas. The actors who portrayed the VIP people were subpar. Everything about them was bad. Even the intonation was off. There are also random side stories and characters that have absolutely no relevance to the show and have zero depth. But that is about it for the flaws.

This Netflix hit is a killer, perfect for a Friday evening binge.