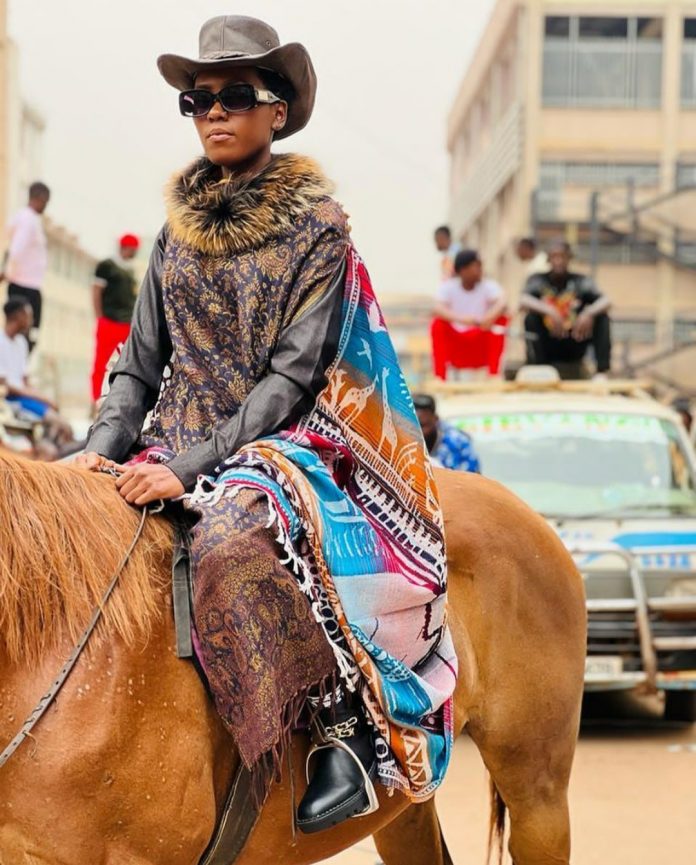 In the song produced by Bomba, Azawi preaches hard work to her fans as she looks back at where she started, how far she has come, how far she’s going and cannot help but celebrate. In the chorus she likens her work style as that of the army or soldiers. Azawi’s Majje video came off as a collaborative effort with premium beer brand Guinness, where she is one of brand’s influencers on the continent under its campaign Black Shines Brightest.

The entire video had features from other Guiness Black Shines Brightest campaign influencers like Malaika Nnyanzi and comedian Uncle Mo, to spice it up further, the video director himself Sasha Vybz is also part of the same campaign. In the cinematic video, Azawi is seen being mounted on a horse shortly before she takes a stroll through a Matatu taxi along the streets amid great vibes from onlookers and paparazzi doing what they do best making her stardom picture shine brightest like the campaign she was making sense of in the video.

Sasha Vybz did more magic with Azawi’s wingman Fik Fameica who he unveils in the video while sitting on a throne sipping from the big chalice in what one would call eating life with a big spoon. The entire video setting is primarily set in the Downer ends of the Ghetto to paint a clear picture of from grass to grace that the message in the song tries to portray.

Azawi made the official release of the Majje Video in the Ghettos where Buchaman who trades as the current Ghetto President together with his wife popularly known as Maama Ghetto mobilized the people and Ghetto youngins under the Nation Infinity Foundation. While there, Azawi danced with the youth and a video of this exclusive dance video is making rounds online