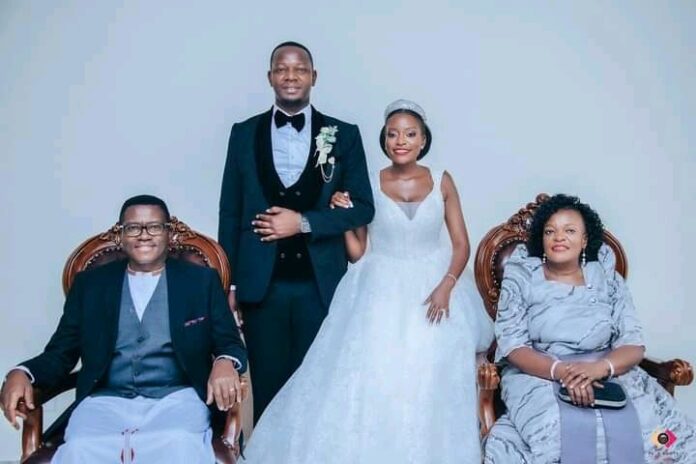 Buganda kingdom Prime minister Katikkiro Mayiga’s daughter Samantha Nanziri introduced the love of her life to the family in a function that was strictly attendance by invite only at Mayiga’s home in Lweza. The function was also attended by big wigs from Buganda Kingdom and the Central government. Emmanuel Ofwono is the man who will be irrigating Nanziri’s heart from now on wards. 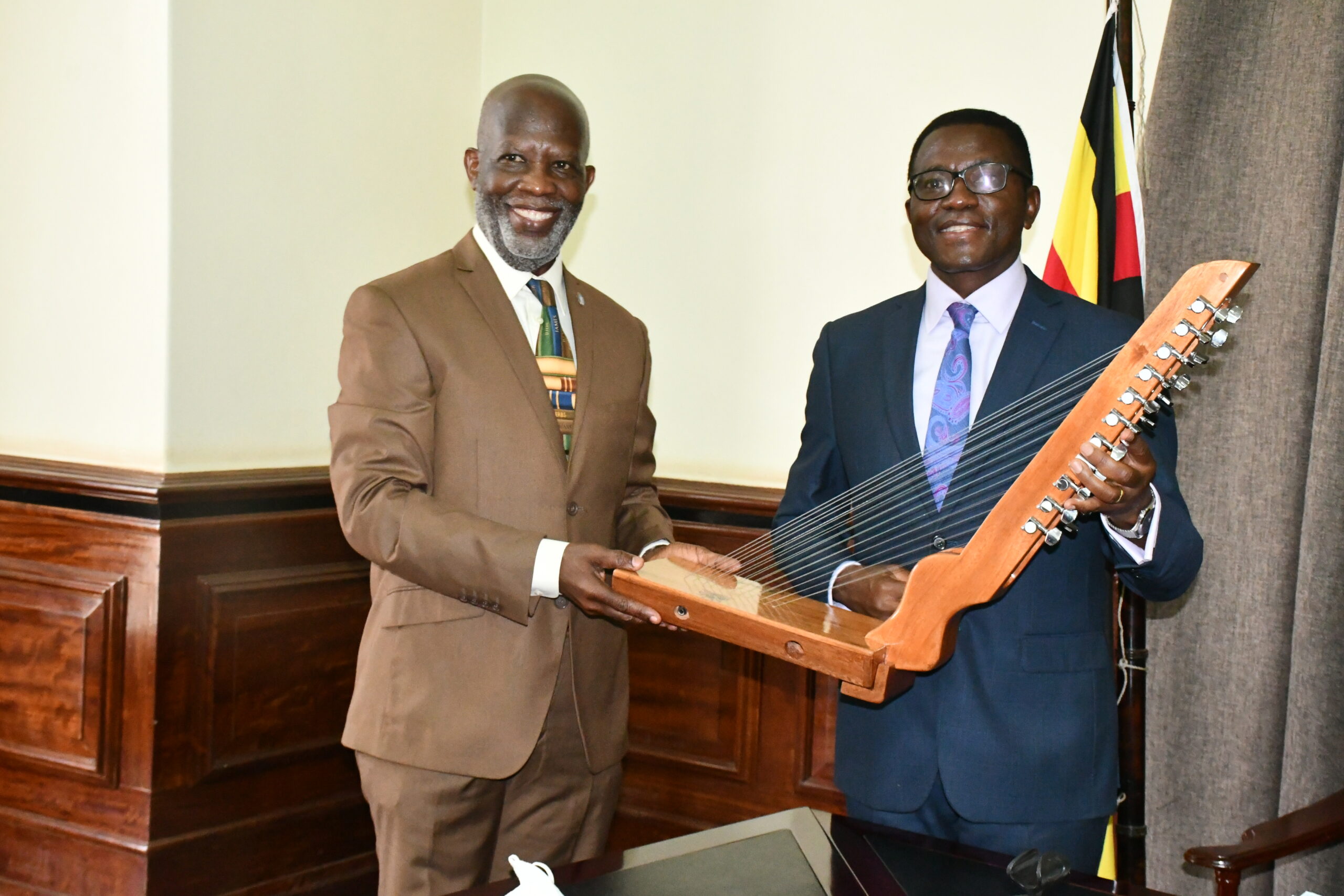 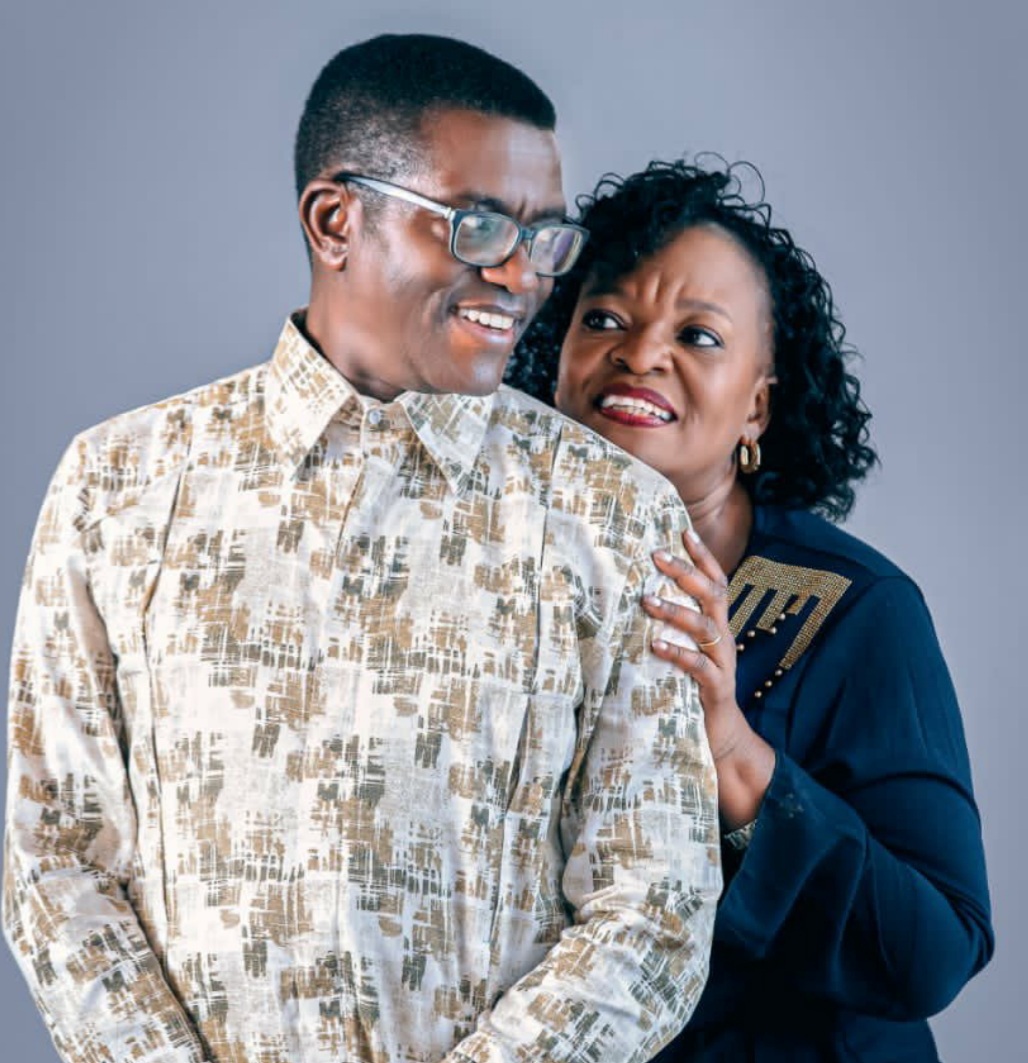 Emmanuel is  a son to Honorable Apollo Yeli Ofwono the member of parliament for Tororo municipality.

The pair went ahead on Saturday and tied the knot in a colorful wedding that took place at Nakasero Cathedral presided over by the Arch Birshop Dr Stephen Samuel Kazimba Mugalu.

The Buganda premier has proved to the world that gone are the days when Children to the big wigs in Mengo were only supposed to marry fellow Baganda, it’s time for unity. Not only him but even Kabaka’s Daughter Victoria Nkinzi moved in with a Japadhola Gareth Onyango.

Nanziri follows her sister Gabriella Namata who also married out of Buganda kingdom to Anord Tumusiime a Munyoro guy two years ago.