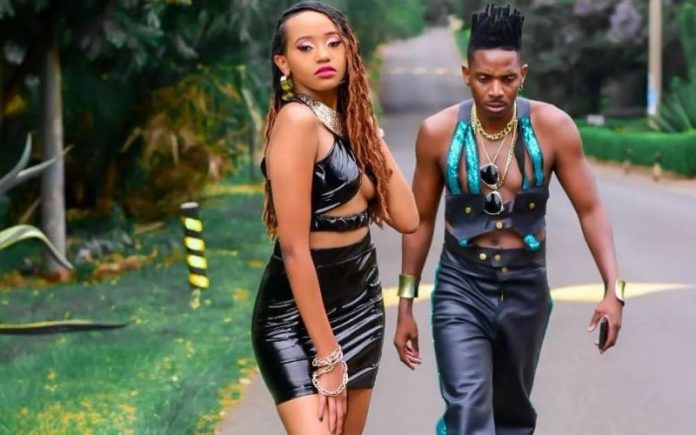 Kenyan musician Miss Picasah, known to many as Miss P, has spewed information regarding her relationship with comedian Eric Omondi months after they successfully orchestrated a kiki stunt for Miss P’s baby shower song. The photoshopped images of Miss P being pregnant for Eric Omondi raised eyebrows but we later came to learn it was all for clout.

But the two had previously been seen together; not sure whether it was exclusively for business or other things. Nothing has been going on between them; she confirmed in a recent interview on Mseto East Africa. She went on to add that she’s already taken; but refuted to give details on her new man. She however stated that it’s someone low-key and has never been on the limelight.

Miss P recently complained that Eric has been reluctant to talk to him; and the ignorance is jeopardizing their relationship. According to her, Eric does not appear to be serious with his intentions to sign her into Big Tyme Entertainment. He has been ignoring her calls and any efforts to contact him have ended in a cul de sac. Miss P went on to say that Omondi is not a serious person or else official documents would have been signed and agreements made by now.

“Communication is key, ndio mtaelewana and get to have a clear understanding. After the baby shower events, I tried calling and texting but he did not respond. I have tried even reaching out through his manager but no response” she said.