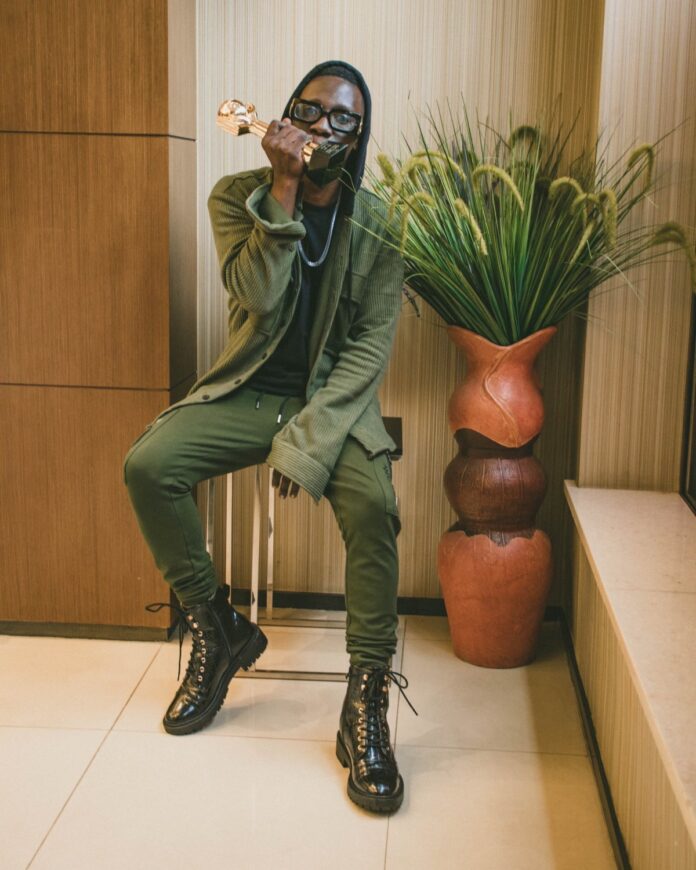 This proves that he is undoubtedly one of the most talented entertainment hosts on the African continent. He had to wait until today to receive the award which recognizes him as a standout figure among other top African entertainment TV show hosts. Upon receiving the award, the NBS TV After 5 and Katch Up presenter could not hide his excitement
as he ran to his social media to share the good news.

On his Twitter account, he revealed how it is his very first international award. He thanked his fans for voting for him.

Lwanga is vying for the same award in the 2021 USA African Entertainment Awards with 28 other media personalities from other African countries. These  include; Mutale Mwanza, Joselyn Dumas, Toke Makinwa, Nancy Isime, D’Jaro Arungu, Adam, Mchomvu, Eric Omondi, and Lil Ommy among others.

In 2008, Lwanga Douglas joined Record Television Uganda as a TV Producer. He was able to excel in Television and in 2010 he decided to challenge himself and he started a daily music TV show called KATOGO on Record Television, that later became a household name.

Then in 2013, Lwanga signed a deal with NTV Uganda to host a daily Music Show called The BEAT and indeed
it turned out to be a massive success. He hosted a wide range of both local and international artists.
Among the international guest list on his show included Davido, Alaine, Konshens, Wiz Kid, Busy
Signal, D’banj, Diamond Platnumz, Tiwa Savage, MafikiZolo, Sauti Sol, Yemi Alade among others.
From NTV he made a big-money-move to NBS TV in 2018 where he currently hosts NBS After5 with
MC Kats and Sheilah Gashumba.