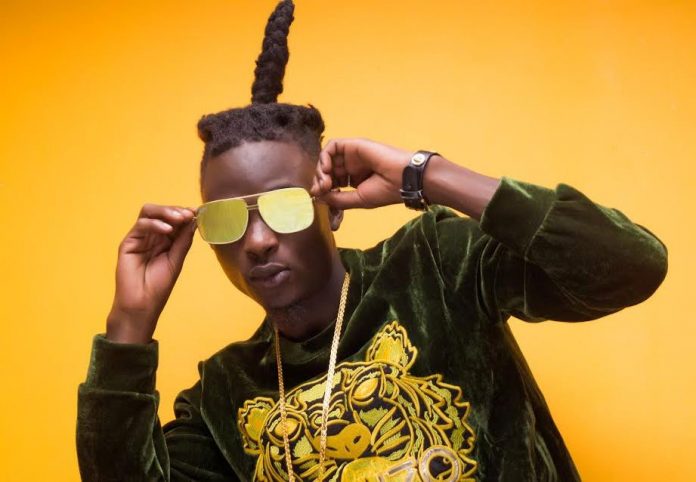 “Dem call me Call me Kalifah….. Monster mu Aganaga….” is an opening intro to his 2013 single Ndabirawa produced by Nash Wonder, Sadat Mukiibi famously known as Kalifah Aganaga is a talent to reckon with in todays Ugandan music industry.

With many talents ranging from singing, songwriting, producing among others, the singer has risen through the ranks, hustles and huddles to become an established brand not only in entertainment but also expanding wings in others spaces like Politics. Kalifah had intentions of running for the Rubaga South constituency Member of Parliament position and had already made his political intentions clear early on in the year 2020, however as they say that politics is a dirty game, along the way the singer threw in the towel even after having shared his campaign posters.

Having been bitten by the politics bug, Kalifah fell prey of the rules of the game, he put soo much time to it and before he knew it, he was appearing in the news not for his music but political related matters industry of the nation. If he was not fighting a certain political party head for denying him a party ticket, he would be in the news for crossing over to another party, on the another day he would make a U-Turn back to his political party or even declare himself independent.

This whole Higg Hagga and Higga Baru in the long run affected the talented singers music career in a way that he gave it less time compared to the latter thereby having less or no song topping the charts something that got his fans demand for his return in the music industry so as to serve them with great hits just like those he gave them over the years including Ndabirawa, Ekitangaaza, kiboko fire, Gudi Gude, Mina Konda, Nassanga, amongst others. True to their call, singer Kalifah Aganaga liaised with his fans and decided to quit it all and put his focus back to music, something that he knows best!

While performing at the #UGHopeConcert over the weekend, the Bad Character Studios CEO made the official announcement about his musical comeback.

“I have decided to let everything else go & concetrate on my music, my fans should expect a new khalifa from 2022 moving forward. Politics time is now done, my main focus is now back to my music, i now officially launch my musical comeback” the SINGER SAID

Clad in a nervy blue uniform attire with his signature big jungle boots, Kalifah gave his fans a thrilling performance at the concert that was organized by the National Culture Forum with support from Operation Wealth Creation and broadcasted live on NBS TV, BABA TV and Sanyuka TV. If the energy Kalifah brought to this stage is what he is going to serve in his musical return then all the artists out there should tighten their sit belts.

This is going to be Kalifah’s third musical comeback in his career. The first comeback was with Gudi Gudde, a collaboration he did with Radio and Weasel that got him back up having suffered a set back after the 2016 Labonita concert, the second come back was with a combination of his single Katono and Kiboko, a collabo with Dr Jose Chameleon, this time round he had split with his friend and then manager Emma Carlos Mulondo something that had affected his market share greatly.

This time round, Aganaga has promised a great return with new music everyone should await. In the past times, Kalifa also established himself as a song writer with a few hits like Sheebah Karungi’s 2020 hit Nakyuka. With a recording studio to his name, music writing skills and a great singing talent, we are more than sure that Kalifah Aganaga is regaining his position amongst the big boys of the Ugandan music industry. The entertainment sector has fully been opened, watch the space, all the best to him!