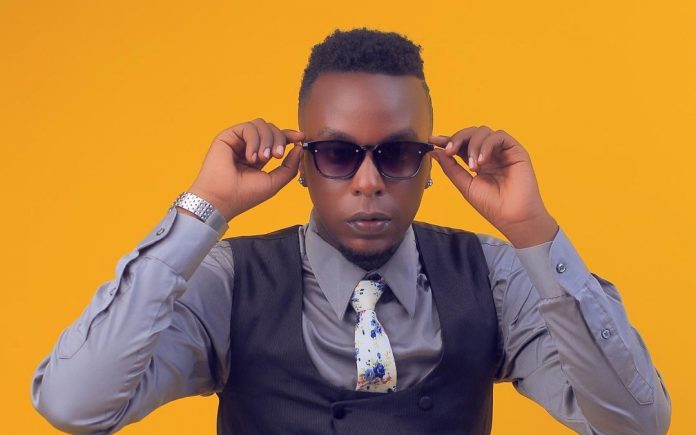 NBS TV presenter MC Casmir has come out to give his own side of the trending video that depicted him allegedly having slept with a married woman. The Hitmaker presenter has now come out to say that this video was stage-managed.

According to Casmir, truly the woman is married but she’s in the process of separating from her husband. Besides, she has no ring on her finger and he’s been with her for two months now. The TV presenter added that the husband of the woman has been stalking him. This time around, he found Casmir at a certain supermarket in Ntinda after he had dropped off the woman to her place. The man had Casmir arrested and thrown behind bars.

It was then that this husband started to record the video. They later took Casmir to his place for an evidence search while continuing the recording. Everything at his place was disorganized to make the video look like they had indeed done a search.

“The woman is truly married but she’s in the process of separating with her husband. I have known her for two months now and we are so close. This man has been tip-toeing me and on the fateful day, he found me at a Supermarket with Police Officers and they arrested me. They then put me behind bars and the man started recording. After that I was taken to my place for a search,” Casmir narrated.

He said sorry to the man in the video to stop recording. Furthermore, he said that the only reason he was saying sorry in the video is to make the man stop recording. This is because Casmir learnt that this man’s mission was to embarrass him. Apparently, the ‘husband’ only cut a short clip from the video that he recorded and released it on social media. MC Casmir however came to the defense of the woman he was with saying that she’s very beautiful. He added that he won’t be leaving her soon because they are in love.

Besides, she’s also hardworking. His defense comes after social media criticized the woman saying that she wasn’t so good-looking. According to Casmir, all the officers who were involved in this illegal act are being brought to book. At this point, Casmir is using the whole scenario to market his shows NBS KatchUp and NBS Hitmaker.