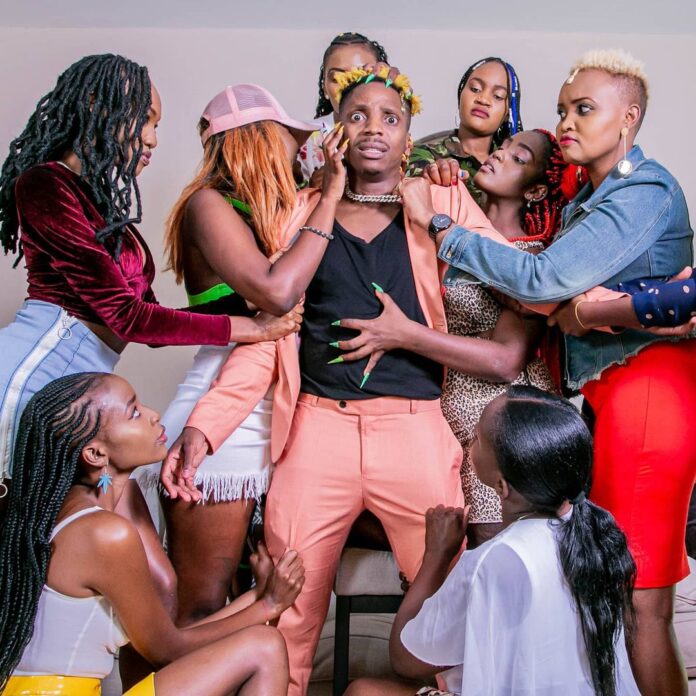 Eric Omondi, the self-proclaimed president of comedy in Africa, is known to most as a talented artist who’s come up through the ranks to dominate the entertainment industry in Africa.

1. Naked swim stunt – In February 2018, the comedian once stripped naked and swam in a river in a comedy stunt suggesting he was a village boy. The stunt brought a huge uproar on social media leading to his apology and public support from stakeholders including former Safaricom Chief Executive the late Bob Collymore.

2.  Arrested for sharing inappropriate content  – After Kenya’s Film boss Ezikiel Mutua once referred to artists as ‘broke and beggars’ in July 2021, a furious Omondi hit back via social media, accusing the film boss of misappropriation of public funds and failing to honor his pledges to artistes. He then vowed to ensure Mutua is kicked out of office. Omondi’s beef with Mutua had started months earlier when the film boss had the comedian arrested for sharing inappropriate content from his Wife Material show. Omondi was released days later and a team of mediators led by Daniel Ndambuki aka Churchill, and Felix Odiwuor aka Jalang’o put up to help sort the differences between the two.

3. Omondi’s Show suspended – And that is not all. In March 2021, the comedian’s Wife Material show was once suspended over airing of indecent scenes which caught the attention , you guessed it right, Mutua. The suspension came days after he was arrested for violating the film’s act by distributing the unauthorized film.

Eric later apologized for the content of the show and reached an accord with Mr. Mutua not to air obscene content again.

4. Baby mama drama – And now this. The comedian was trending topic for weeks after his baby mama Jackie Maribe recently called him out for being a deadbeat and failing to provide for their seven-year-old son. Omondi denied the claims and challenged Maribe to a DNA test. Its later that Omondi came out to reveal that this was total planned stunt that went bad, Maribe did act it out well.

This is Omondi’s latest controversy of all time. It has gone international with different artists allover the globe jumping onto it, some bashing him and others appreciating him. In his rant, Omondi said Kenyan musicians are dead asleep and needed an awakening so as to favorably compete with their counterparts from other countries on the African continent. While these comments appeared controversial and rubbed many the wrong way, according to the comedian, whatever he said was the naked truth and it saddens him to see that the industry is dormant and nothing is being done to activate it.