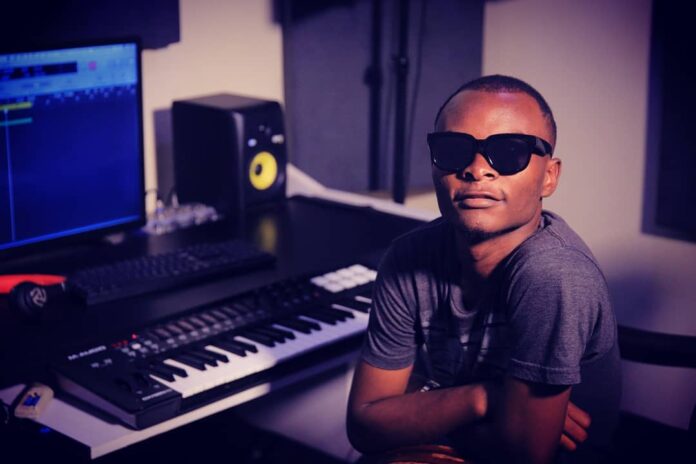 Gone are the days when the Ugandan music industry was lacking in the production area and only a few producers existed. These producers who include legendaries such as Steve Jean, Washington Magic, Paddyman , Tonny Houls, Henry Kiwuwa, Rinex among others were such a great pillar of the Ugandan music scene releasing good pieces of music at a time when the resources we’re scarce. 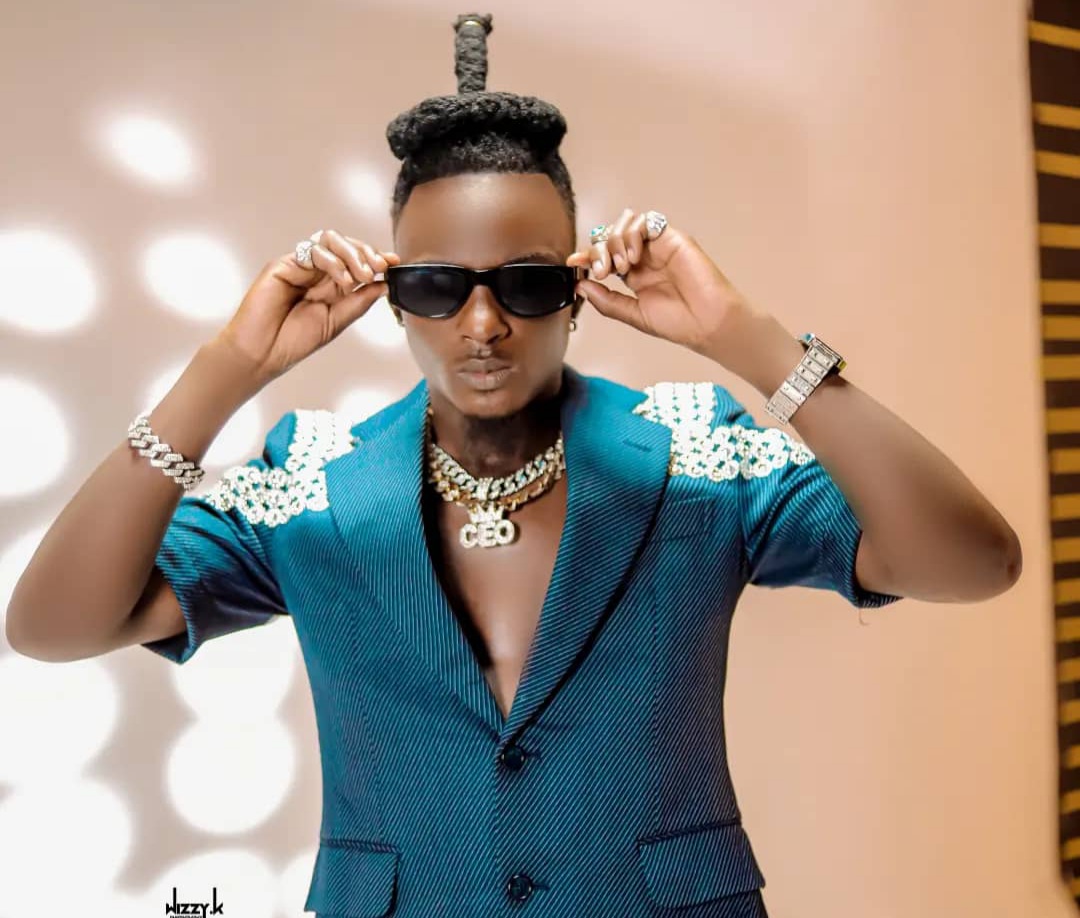 While we have praised the artistes behind some of the most popular hits, the people who put the music together, the producers, are rarely noticed. It is the producers’ duty to make sure they make beats that match the voice and song of the artiste. In the 1990s, Uganda had just a few music producers, but currently we have more than 50 –some well-known, others yet to be discovered— producers who have got different instruments at their disposal. In just a few years, the music industry has seen a rapid rise of young music producers. Since they are normally behind the scenes, they are rarely recognized. However, some of their work is so good that the songs they have produced have been nominated for BET, Club Music Video Awards, MTV Africa, AFRIMMA and so many other awards.

In our Friday #LISTS series, The Spiners has compiled a list of the current TOP 1O hottest music producers in Uganda right now that guarantee you top notch beats. Enjoyyyyyyyyy.

Nessim, real names Isma Mukkuza, is a gem in audio production. Nessim gained fame in 2015 while he was still working with Badi Music, and he is behind many successful stories of artistes like Apass, B2C, Ykee Benda among others. Nessim currently owns Shot Gun, a Makindye based studio. Because of his famed brand, Nessim is one of the most expensive audio producers in Uganda. He has crafted beats for Ugandans and those in other countries. Some of his hit songs in the past time include Goodlyfe’s Gutamiiza, Spice Diana’s Jangu Ondabe, Vinka’s Chips Na Ketchup, Chosen Becky’s Bankuza, King Saha’s Biri Biri, Turn de Replay, Sheebah’s Mummy yo & Nakyuka, among others.  His international clients include stars like Koshens, The Ben, Cherry Na Nina, Patoranking, Harmonize. Besides audio production, Nessim is also a song writer and has written some songs.

ANDREE ON THE BEAT

Famously known as Daddy Andree, Andree on the beat has been in the industry for many years, but 2018 was undoubtedly his year to shine and since then he has been behind many top hit songs as a producer and an artist. Not many producers can make good artists and vice versa but Daddy Andre has proved to be a maestro at both. He has produced personal projects like Tugende mu Church, You and Me, Omwana wa Bandi, among others but has also done projects for other artists.  Andre says some of his first projects included, Be With You with Gift of Kaddo and Becky 256 followed by Nkwatako, Bamusakata, John Rambo all by Sheebah, Smart Wire – Vampino, Dangerous – Ceaserous, Kimala – Desire Luzinda, Give Me More – Maurice Kirya and Vampino, and Akateteyi – Chozen. Hes believed to have cemented JohnBlaq’s music in his genesis days. He has worked with top artists like Sheebah, Bebecool, Spice Diana, B2C among others.

Born Martin Musoke and known by many as Producer Artin Pro one of the youngest vibrant producers in Uganda. He started out his career at the Makindye based Jahlive studios before starting out his own studio Axtra-Nation. Artin is mainly known to be behind Fik Fameica’s successful career producing most songs in his catalogue like Kutama, Byenyenya, Pistol, Property. However, he has also been behind other songs such as, Who is Who by Fefe Bussi, Bango by Rick Man, Sweet Sensation by Sheebah and Yaka by Karole Kasiita, among many others. He has also worked with international artistes like RayVanny from Tanzania, The Ben from Rwanda among others and PatoRanking from Nigeria.

Enock Kisakye, better known as Producer Eno Beats broke out on the music scene not long ago and some of the songs that cemented his production career include Katono by Bebe Cool, Sitani Tonkema by Roden Y, Sheebah and Fik Fameika, Muwe by Sheebah, Twelageko by Irene Ntale among others. In the recent past Eno Beats has produced many successful songs like Cindy’s Copycat, Gravity’s Embuuzi Zakutudde, among others. Eno is the brain behind Eddy Kenzo’s Roots album, and he received a nomination in AFRIMA awards in 2017 as the best Audio Producer in East Africa. He owns Eno Beats Production Limited located in Makindye.

BOMBA – BOMBA MADE MY BEAT

Bomba was working with Nessim at Badi music and replaced the latter after he left to form his in own music studio. As most producers have that catchy phrase at the beginning of every song, so does Bomba who’s goes as ‘Bomba made my beat’. He has been behind great songs such as ‘Yitayo ondabeko, Sharp shooter by Chozen Blood, Love panic by Vinka, Repeat it by Azawi among others. This year, hes behind some projects off Azawi’s debut album African Music. He’s also behind Lydia Jazmine latest trending hits Akapeesa and Feeling among others.

Born Matovu Ronald, Ronnie has produced some of the biggest songs in Uganda and absolutely deserves his place among the creme de la creme of Uganda’s top music producers as of today. Working with Ntinda based Power Records, he has been behind songs like Nkuliyo, Surrender, Wire wire all by BebeCool, Enyanda by Sheebah, Ssemyekozo by Eddy kenzo, Nkuloga by Grenade, Mateeka by Chameleone, and Bebecool’s latest single Gyenvudde among others. He’s also a very great song writer that has written some of the songs he produced for the same artists majority being Bebe Cool’s.

Baur is another top producer in the land with his own studio named Sabula records. Baur has been around the scene for some time and has worked with top musicians such as Eddy Kenzo, Chameleon, Pallaso, Spice Diana among others. Some of the top songs he’s worked on include Kiboko fire a collaboration between Chameleon and Kalifha Aganaga, Hannah by Pallaso among others. Baur is much credited for Producing Eddy Kenzo’s 2014 mega hit Sitya Loss that made history by winning the BET award. He is also behind Jose Chameleon’s 2020 banger Baliwa.

Producer Kusseim is one of the few producers who has been nominated for producer of the year in the All Africa Music Awards (AFRIMA) in Uganda. He is the man behind some of Kenzo’s big songs like Soraye, Mbilo Mbilo, Dagala, Disco Disco, So good, Viva Africa with Digi Bawa and Freestyle with Okay Fanky among others since he was his official producer. Kusseim is also behind Pia Pound’s 2021 hit Tupaate aswell as featuring on Azawi’s latest album African Music as a producer.

Yaled Kaluya, commonly known as Producer Yaled, is one of the popular producers in the country who is behind a number of hit songs that have rocked Uganda’s air waves for over six years now. He is the man behind most of singer David Lutalo’s hit songs. He’s behind Jose Chameleon’s 2021 single Forever which is off his yet to be released album IAM JOSEPH. Just like Producer Andree, Yaled is also a musician and songwriter.

Now Skillz real names Herbert Dramuke is one producer we call international. He worked with some of the best musicians locally and internationally. On the local scene he’s worked with musicians such as Bebe Cool, A pass Jose chameleon, Bobiwine, Voltage music, Jamal and Peter Miles among others. On the international scene the audio producer has worked with musicians such as Wayne Wonder, Pitbull, Tory Lanez, Ed Sheeran, Honorebel, Sean Mendez, Beenie man,Shatta Wale among others. Usually a producer who doesn’t get the credit and mention he deserves he’s been behind songs such as Vinka’s Malaika, most of Kent and flosso’s hit songs, Bebe cool’s for real featuring Pitbull and Honorebel, some of Pallaso’s recent music among other songs.