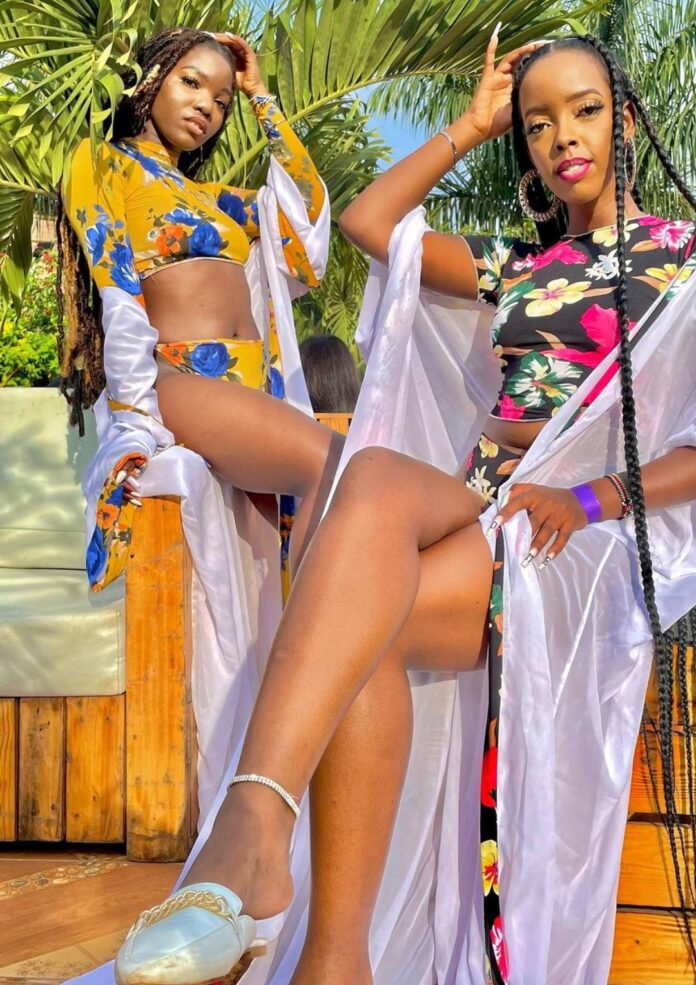 December has proved to be a remarkable year for awarding Uganda music and performing artists, on Friday, we had the 10th edition of the prestigious Hipipo Awards 2021  taking shape at Mestil Hotel in Kampala city then a day later we got exposed to the inaugural edition of the Janzi Awards that happened for two days in at Kololo Airstrip still Kampala City.
Not to forget the PASA (Patiwan Stars Awards) that took place on Saturday in Dubai that saw Kataleya and Kandle duo who came on the scene a few months ago with the song ‘Muzibe Wa Love’  winning the accolade for upcoming female artiste.
The PASAs that are organized every year aim at recognising and awarding the outstanding acts in music, fashion, and entrepreneurship.

Kataleya and Kandle beat stiff competition from Ava Peace, Lizzy P, and Katera who were nominated in the same category to lift the award and were delighted with the milestone and took to social media to thank the fans and everyone incorporated . “Hello everyone! We got our first Awards. Thanks to everyone who voted for us in the Patiwan STARS Awards. We were nominated as the Upcoming Female Artist Of The Year. We also thank Theron music for believing in us. We’re very honored.
Apart from ‘Muzibe Wa Love’,  Kataleya and Kandle also have two other songs titled ‘Tonafuya’ and ‘Do Me’ which are already having a moderate power play.