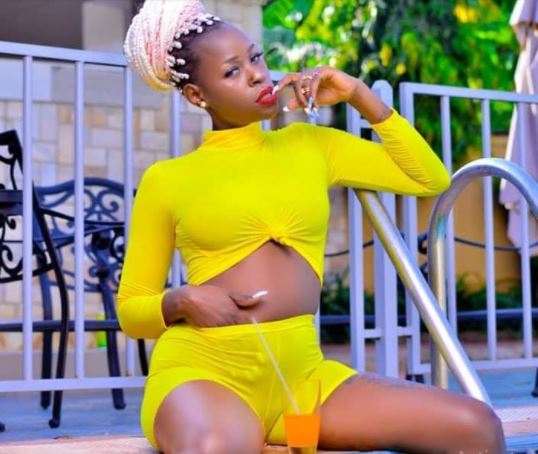 Dancehall female singer Kapa Cat has come out to aim a dig at fellow singer Spice Diana over her Janzi Awards comments.

Spice Diana was left bitter after failing to win any award in the Janzi Awards that happened over the weekend. He then took to her social media pages to express her disappointment over these awards.

The Onsanula singer labeled these awards a scam which were based on bias and favoritism. However, most of her followers told her she was just bitter because she didn’t get any award.

Kapa Cat too seems to have got wind of Spice Diana’s bitterness as she addressed it indirectly.

Spice Diana deservedly lost out to Azawi in the Female Artist of the year category. They nominated her in this category only.

Meanwhile one of the organizers of these awards and veteran singer Daniel Kazibwe aka Raga Dee came out to clap back at Spice Diana’s allegations.

The Letter O singer dismissed Spice Diana’s allegations as baseless and full of bitterness. Raga Dee said not winning anything is what put off Spice Diana.

“People like Spice Diana don’t love their country and neither do they love the music industry. The Janzi Awards never had any problem but just because she failed to win the award doesn’t mean the awards are not meant to be.” Raga Dee said.