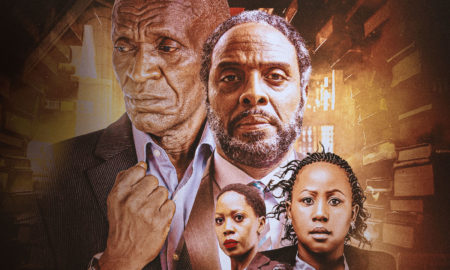 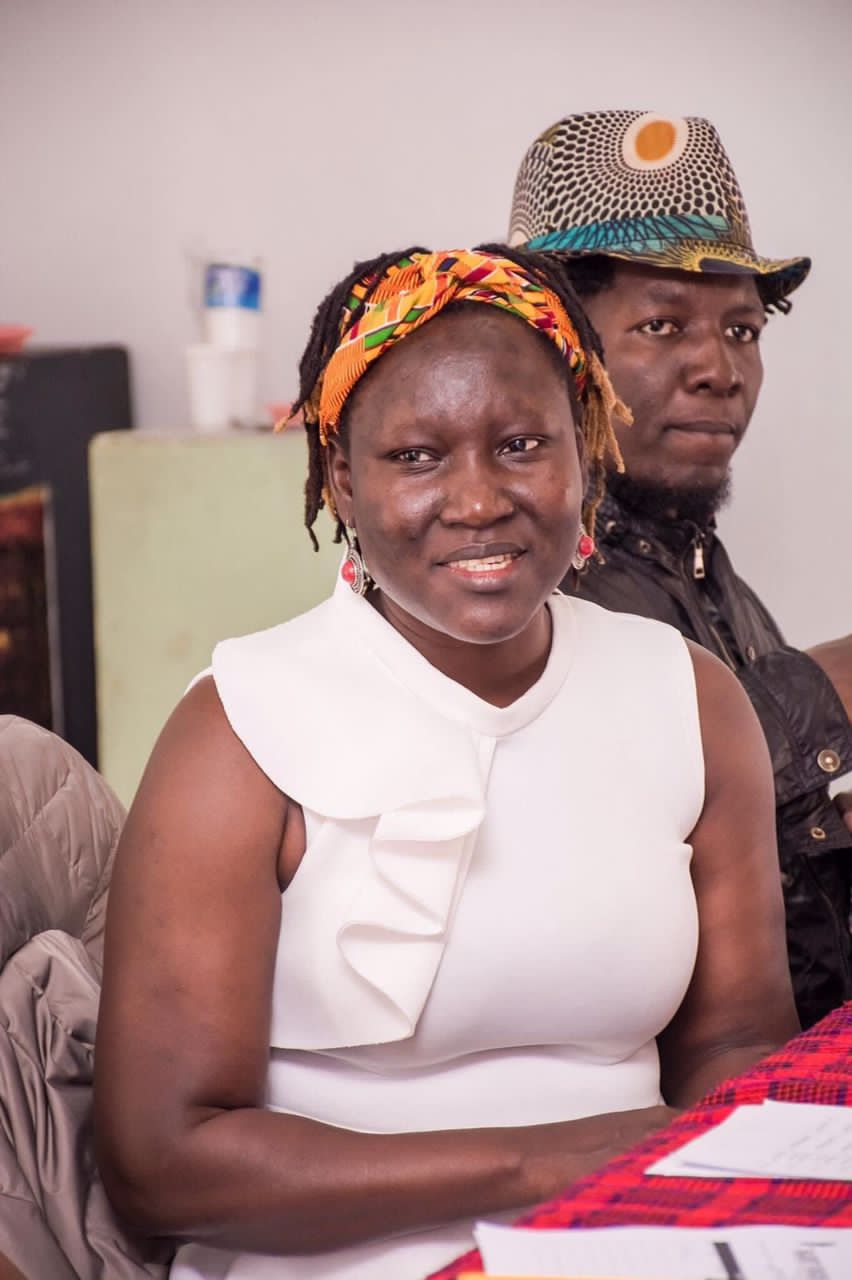 A story of a naive lawyer that finds herself at the centre of a court case involving two powerful rivals and former friends, Cendric and Arima. With the two determined to prove or fail the proof of the truth in court, Sandra ends in the thick of things as she tries to deliver justice for one of the men and while at it learns about deception and deceit from people she thought she admired. How will Sandra deliver the justice she craves knowing that her presence endangers the people she cares about or when she is running to save her own life, in the middle of an epidemic.

Doreen Mirembe – Doreen has had a passion for story telling for as long as she can remember. She wants to make a mark as a producer of stories that can affect an African. She vehemently believes the current stories we tell miss an African identity and intends to bridge that gap. She wants to tell stories that celebrate the achievements of the continent but also look at the
existing challenges. Which is primarily the reason she took onto the opportunity to produce Kafa Coh, a story that seeks to remind Africans about service over anything else.

In her own words; ‘I have always been a great fun of stories touching our social setup and strongly believe such stories will help give real perspectives to lives. Who knows, that way film might just become a great agent of the change the continent yarns for. The Ebola angle makes it even more fascinating as it is close and relatable. It is such stories that shape film industries. From my research of the Academy awards since 2009, most films that have carried the day at the Oscars are Inspired by actual events, based on a true story or Adapted from a novel. Human interest stories are an avenue we should seek as a region even as we flourish in our numerous fictitious stories.’

A Feature film by Gilbert Lukalia and Doreen Mirembe. Gilbert Lukalia has emerged as one of the most exciting directors working in Kenya today. Directing in an open, playful and collaborative way, Lukalia has an outstanding track record, a favorite of many actors and highly acclaimed by reviewers. Lukalia’s shows have received great reviews. He has recently worked on a diverse range of projects both Film/TV and Theatrical performances. Doreen Mirembe is a multi-award-winning Ugandan Actress, Writer, Producer and Director. She is the founder and CEO Amani Production House, a film production
company from where she has produced films like; Kafa Coh (2022), Nectar (2016) and A Dog Story (2015). As an actress she has worked on other reputable productions such as; Mira Nair Disney Production Queen Of Katwe (2016), NTV’s Deception TV Series (2013- 2016), Dilstories’ Love Makanika (2015) and Africa Magic’s No Lie by Matt Bish among others.

Kalu Egbui Ikeagwu – Kalu is a British-Nigerian actor and writer. As an actor, he has received several awards and nominations for his performances on screen. Ikeagwu’s first appearance on screen was in 2005 in the popular Domino TV series. His first stage performance was in Put Out The Houselights by Esiaba Ironsi. He has gone on to act in some of Nigeria’s memorable classics, such as “Major Lejoka Brown” in Ola Rotimi’s, Our Husband Has Gone Mad Again and as “RIP” in Esiaba Irobi’s Hangmen Also Die. He went on to perform in various plays at the Edinburgh Festivals of 1995 and 1997. His first feature film was the role of “David Salako” in Emem Isong’s For Real, After completion of the film, Kalu claimed that if
a Danfo (Lagos metro bus) were to hit him, he would die with a blissful smile on his face.[citation needed] He has featured in many films including 30 Days, The Wrong Woman, Distance Between, Between Two Worlds and the Irish film production “Rapt In Éire”. On television, he has starred in many popular series including Domino, 168 and Doctors’ Quarters (MNet Production). He is also known for his role as “Alahji Abubakar” a.k.a. Masters in the Nigerian hit TV series Tinsel.

Michael Wawuyo Sr – Michael Wawuyo Sr is a Ugandan actor and special effects artist. He is notable for his big screen roles on Last King of Scotland, Kony: Order from Above, The Only Son, Sometimes in April, The Mercy of the Jungle and small screen roles on NTV’s Yat Madit and Power of Legacy. Wawuyo broke into the film scene when he played a terrorist soldier in a 1991 Mira Nair directed film Mississippi Masala. He went on to play mostly soldier roles such as an intelligence security officer in Black Blood, a military commander in a 2005 history-period HBO TV Movie film Sometimes in April about the Rwandan genocide of 1994 and an air force commander in The Last King of Scotland, a 2016 Hollywood film about the former Ugandan president Idi Amin.

Mariam Ndagire – Mariam is an award-winning actress and one of Uganda’s top female musicians. She has stared in numerous stage and film productions like ‘Down this road I walk’, ‘Strength of a stranger’ and ‘Dear Mum’.

ABBY MUKIIBI NKAAGA – Abby Mukiibi Nkaaga is a graduate of the Music, Dance and Drama School of Makerere University. He is an accomplished actor and director and also the Artistic Director of Afri-talent a professional drama company. Abby has featured in films like ‘The last King of Scotland’, ‘Sometimes in April’, ‘The Silent Army’ among others.

Doreen Mirembe – Doreen is a 30-year-old award-winning actress, writer and producer of the award- winning film ‘A Dog Story’. She was awarded best actress of the year 2016 at Pearl International Film Festival. She has acted in film; stage plays and adverts. She is highly disciplined and has respect for her work and very passionate about acting and filmmaking. She has written, produced and acted in 2 short films; A Dog Story and Nector. Kafa Coh is her latest project.

Rehema Nanfuka – Born 25 May 1986, Rehema is a Ugandan film, theatre and television actress, director, and filmmaker known for her roles in Imani, Veronica’s Wish, Imbabazi, The Girl in the Yellow Jumper, Queen of Katwe, Imperial Blue among other films. Rehema started her acting career in Mira Nair’s Maisha Film Lab’s 2008 production, Downcast where she played
a housewife. Her breakout role as Mary the maid in Imani won her two awards; the Africa Movie Academy Award for Most Promising Actress in 2010 sharing the win with Chelsea Eze and Best Actress Award at the African Film Festival of Cordoba, Spain in 2010. The film also won an Africa Movie Academy Award for Best Film in an African Language. Rehema also received recognition from the Variety critic Boyd Van Hoeij who wrote, “Rehema Nanfuka, as a distressed maid in the second-best segment, impresses with her quiet sense of dignity.” and The Hollywood Reporter critic Neil Young wrote, “Nanfuka and Buyi are engaging performers and cope well with underwritten characters.

Luswata Musa – Musa is a student of film from Makerere University. He was mentored by Judith Lucy Adong and later went to Maish film school. From Maisha he was further mentored by Matt Bell and Denise Hilton Reed, a Hollywood writer and director respectively. It is from here that he started his writing career, writing for Ntv in the drama Ntv Deception. He moved on to Vision Group Uganda, Mirage Concepts, Fused Dots, VCL Uganda and Amani Film house among others. He has written movies and series like Kafa Coh, Detached, In reality among others His vision is to make stories that are of Hollywood class but represent the African reality.

Musta Abdallah– A reknown director of photography of Ebony Hue Studios and one of the first DOPs in Uganda. He has worked on international sets alongside experienced crew and that’s how he has grown his craft. He is the man behind the famous 27 Guns among others.

Adnan Ssenkumba – Adnan is the rare, prolific Sound Man from Uganda who fluidly moves between sound recording and sound design for film. After 3 years of training, school, workshop, and personal efforts Adnan made a stunning entry into the Ugandan film industry with Black Hall, A Maisha Film Lab short film (2010) where he worked as sound man. Originally trained as an actor at the Department of performing Arts and film Makerere University Kampala, Uganda (2008-2011), Adnan draw his inspiration from some of the world’s best sound designers Vivec Sachidanand (Dubbing engineer and assistant sound Designer Slumdog Millionaire ) and Kai Tebbel (Post production sound designer Dark Knight), who enabled him to attain various skills in sound Recording and Design. Adnan’s abilities are manifested in various Uganda’s big film projects. In 2015 Adnan designed and recorded sound for Mira Nair’s Short Documentary A Fork, Spoon and Knight, Queen of Katwe among others. Known for
being sensitive and inspiring to tell stories with sound, Adnan’s imagination and ideas inspire those he works with.

The film follows a young lawyer that gets herself caught up in a legal fight of two powerful rivals. It is a story that flips the narrative of a typical Ugandan film that has always taken place in a home, between a man, his wife and a side dish. Besides the storyline though, Kafa Coh is changing the portrayal of Ugandan women both in media and film. Most of the times, a leading Ugandan woman is depicted as weak, submissive and suffering at the hands of her man. This film gives us a strong willed female lawyer and a strong willed female journalist who will both stop at nothing while fighting for what they believe in. Our two leading girls are the perfect role models Ugandan girls can aspire to be.

Why not a Ugandan director or a local lead actor?

Film is and has always been a collaborational form of art. We can always get better by exchanging ideas and tapping in each other’s markets. There is a level of expertise that Gilbert brought to the film considering the fact that the Kenyan industry is more advanced. However, he did the job alongside a co-director, Doreen Mirembe. Kalu on the other hand has vast experience in front of the camera, besides learning from him, he brings his continental expertise to the film, constantly reminding us that films are not made by a single community but a collection of communities that think alike. Kafa Coh may be the first Ugandan – Pan African film but many more Africans have been collaborating. In fact just this year, Ugandan director Loukman Ali joined forces with Nigerian producer Jade Obesiru to make the film Brotherhood.