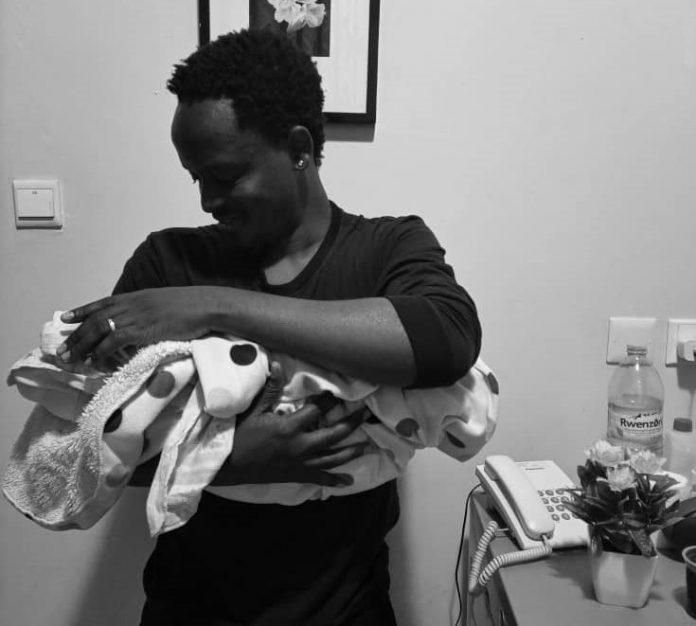 On September 25th, this platform ran a story of Calvin De Entertainer sharing photos of him and wife Amanda Twebaze displaying a baby bump.

Well the good news is, close to a month later, the couple was later on today blessed with a bouncing baby girl they named Kayleen Kalule Imani. The elated Calvin, real names Calvin Kalule took to his social media to announce the news.

With her addition to the Kalule family, Kayleen joins Corey Kalule, Calvin and Amanda’s first child, a son born 5 years ago.

Calvin and Amanda Kalule got married in June 2016 and their marriage is one of the few out of the many celebrity relationships that have stood the taste of time. Calvin is the Host of Horizon Vibe on UBC TV and also Heads the Entertainment Department at the same station. Amanda on the other hand is in the medical world as a food nutritionist.