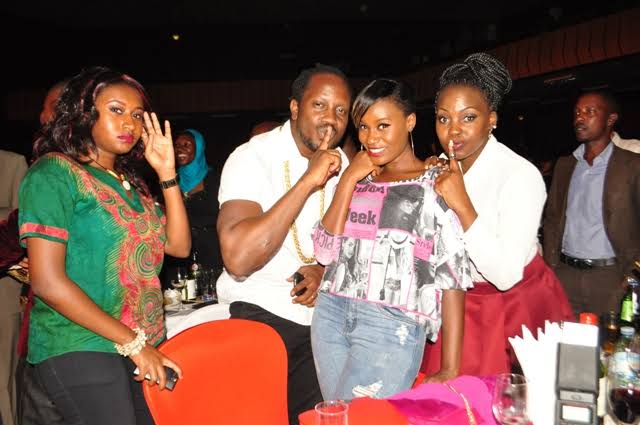 In 2020 during the Corona pandemic, American super producers Timbaland and Swizz Beatz fed the need for entertainment and fellowship with their hit Verzuz online series. But they also filled a 20-year void in digital music by providing a first-of-its-kind discovery platform for Black legacy acts.

The series invites two musicians, predominantly R&B and hip hop, to highlight their discographies in two 10-song rounds during a three-hour session.
It’s a veterans-only arena, and Black music veterans have traditionally been neglected in the streaming era. Verzuz participants may not be huge streaming artists with significant social media presences, but they all have career histories long enough to have amassed a list of enduring jams.

“To even step on the Verzuz stage, you have to have 20 hits. That’s a lot of music,” said producer Johntá Austin, whose match with singer/songwriter Ne-Yo was the third in the Verzuz series. “It brings out friendly competition, but I tell people that if you have the catalog to participate in Verzuz, no one’s getting killed. A lot of people have forgotten what a catalog, a real body of work looks like. Verzuz showcases the art of song writing, creating music that can stand the test of time.”

In Uganda it also turns out that we need to have such a project since there has emerged the generation gap in music which isn’t there because people don’t like “old school” artists, but because these artists probably don’t have easily accessible avenues to learn about them.

Recently we have been treated with a misguided rant from rapper Gravity Omutujju insinuating of how the old guards in Uganda`s music business should rather “pave way for them the young artists” so as they can “shine” as it seems that the older generation is senile and complacent according to Gravity Omutujju. How about if he rather asked for a verzus challenge with one of them and the audience decide on who should “stay” much longer?

Marketing for releases increasingly moved online because it was cheaper, easier and more targeted than print, TV or radio. But an older segment of fans, the primary Kadongokamu or band music consumers at the time, were neglected because they weren’t as active online. The generation gap emerged when all of our media moved physical music products to streaming services and the sacred act of perusing older relatives’ collections, reading liner notes or flipping through magazines became relics of the past.

Unfortunately, [mainstream] radio and TV rarely play songs past two years ago unless the show has been themed “Flashback or throw back whatever”. I’ve also seen people mad that kids don’t know older music, and they say, ‘Well, it’s on YouTube.’ But how do they know what to look for if you don’t know it exists? This is where we as the Ugandan audience need a versus series asap whose idea is very simple: Pit two of the biggest names in music against each other on any online platform or any TV station that can buy the idea for a friendly head-to-head battle. No one would actually be declared the winner. But fans could hear their favorite songs and endlessly argue over who had better hits.
Pit Gnl zamba with Babaluku or a Navio, Jose chameleone with Bebecool, Juliana Kanyomozi with Iryn Namubiru or even Sheebah with Cindy so fans can decide the depth and breadth of competitor catalogs.

A Ugandan aged 41 to 56] know music 20, 30 years older than a teenager or one below 30, because it was available to them. So this is a source for a younger generation to learn about hit records and classics that were made before their time. Verzuz is a perfect place to introduce this music.
Going back to the United States, the Versus series has affirmed the viability of Black legacy artists , both R&B and hip-hop, something that’s been disputed and disregarded despite pre-pandemic numbers at events such as the Essence Festival built around veteran acts.

The “Verzuz Effect,” the catalog and visibility lift immediately following participation, additionally serves as proof that classic music doesn’t age out. A jump of 50% to 100% or better in streaming in the days following Verzuz compared with the days immediately before isn’t unusual. Some matches, including Badu and Scott, Monica and Brandy, and the foundational dancehall artists Beenie Man and Bounty Killer in May 2020 – the first Verzuz with both acts in one place – increased streaming of each participant’s songs by as much as 400%
Verzuz has also put a spotlight on the craft of making music. Moments like Alicia Keys playing “If I Ain’t Got You” during her Juneteenth Verzuz with John Legend, and Legend responding with, “That is what you call a ‘copyright,’ ” highlight the difference between just writing some lyrics and a mean pen game. The overwhelming number of recognizable samples in the Isley Brothers and Earth, Wind & Fire match was a master class in the influence of classic soul, funk and R&B on more current music.