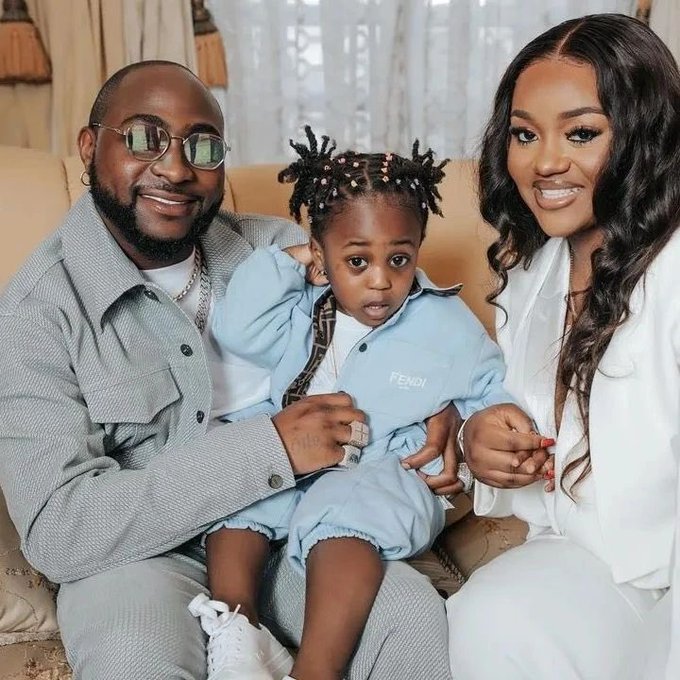 Popular celebrities across the world have been mourning the death of Ifeanyi, the three-year-old son of ace singer Davido and his fiancée Chioma.

He was confirmed dead by Lagos PPRO, Benjamin Hundeyin on Tuesday upon the arrest of the singer’s workers.

“It is true, the child is dead. About eight people were brought in for questioning and we are investigating the matter. Anyone found culpable in the death of the child would be arrested,” Hundeyin said.

Ifeanyi, who clocked three only few weeks ago with the parents throwing a lavish party, was reported to have drowned in the pool on Monday night while his parents were on a trip to Ibadan for a family function.

Spiners gathered that he was rushed to Evercare Hospital in Lekki where he was pronounced death on arrival.

Actor Williams Uchemba wrote: “I said I won’t believe anything on social media until I personally confirm myself. I prayed for it to be a lie. I am upset, pained and confused. Nobody deserves to feel this pain.

“Please say a prayer for David, Chioma and the entire family. Nobody deserves this kind of pain. Rest up little one.”

Comedian AY said: “Dear Lord, we will never understand why you would give us a blessing and allowed the devil to take it so quickly. No parents want to outlive their children, and it’s really not fair on the few good people who do a lot to help others keep their own children alive, by giving them hopes for a better tomorrow.

“This loss affects so many people. How do we even encourage them to move on? How can we ever trust caregivers with our children when we remember the painful circumstances surrounding that innocent child’s death? We all want to ask for forgiveness and continue to glorify you, even in our pain. You sincerely need to show Yourself to the parents and protect them from bitterness. Give them a new purpose for living and a way to honour their child’s life. Give them the courage to trust you, to hope again, and to love again. Protect them from living in fear and paranoia. Judging by the things you have blessed us with, we know you are good, and you do good. Protect us from evil people as we give you this tragedy to redeem in Jesus name. Amen!”

Comedian Basketmouth stated: “As a parent, this is undoubtedly the worst news you can hear. My deepest condolences @davido.”

Ace actress  Ini Edo said: “My friend’ s teenage son just last week passed in the United States. While playing football for his school, he scored a goal with his head, developed a seizure then slipped into coma and died a few days after …. I have not been able to come to terms with how the mother who had been left alone to cater to those kids from an early age is living with this devastating death.

‘’Now this ….. this is beyond painful, it’s too painful to comprehend, Unimaginable tragedy, The hurt is deep, This world scares me shitless , it’s depressing, it’s saddening .. No body deserves this kind of pain.. Still Lord… I look to You.”

Here in Uganda, Artist-cum politician Bobi Wine tweeted on Thursday morning; “My deepest condolences to you Davido and your dear wife upon the loss of your baby. May God give you the strength to pull through this painful period”.