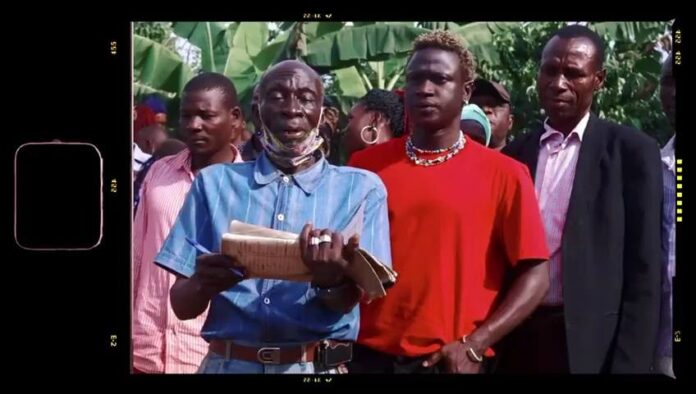 Top lugaflow rapper, Gravity Omutujju has brought to life one of the current viral memes on Ugandan social media. 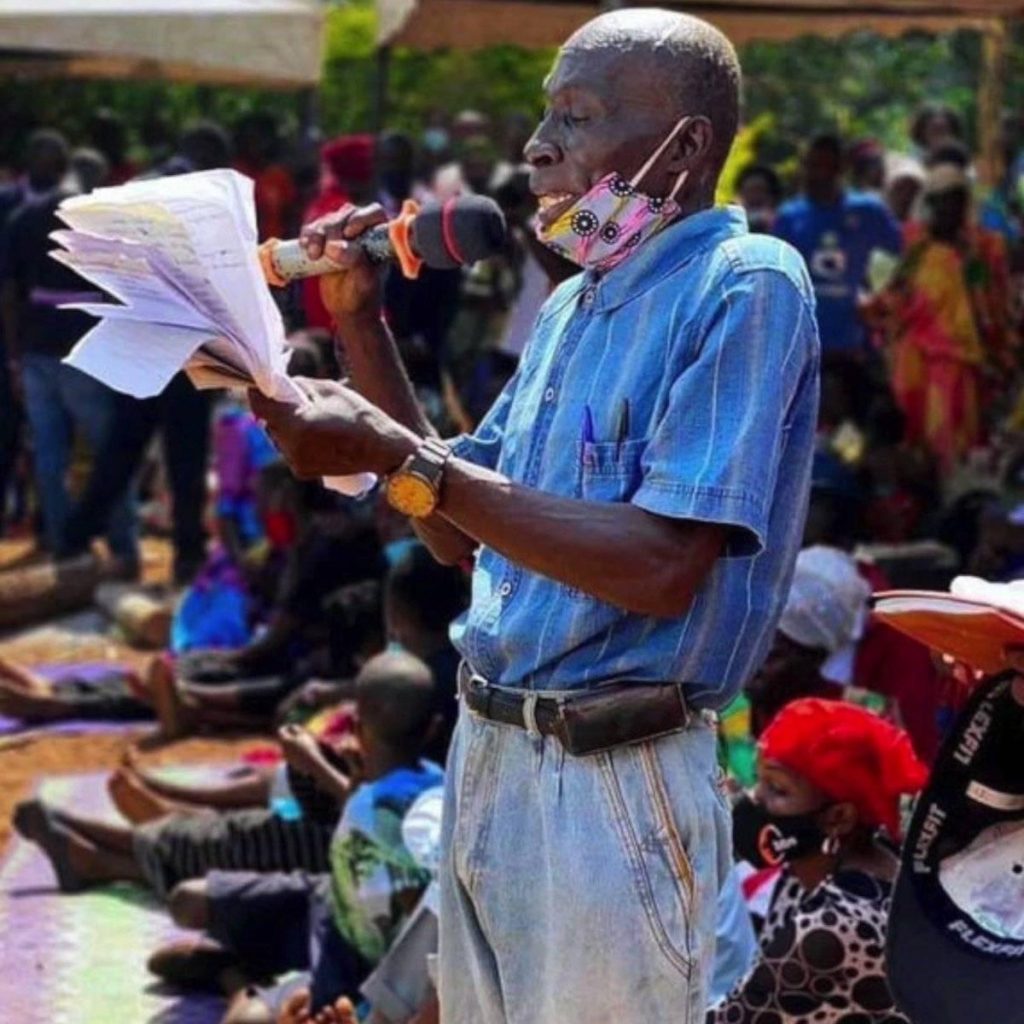 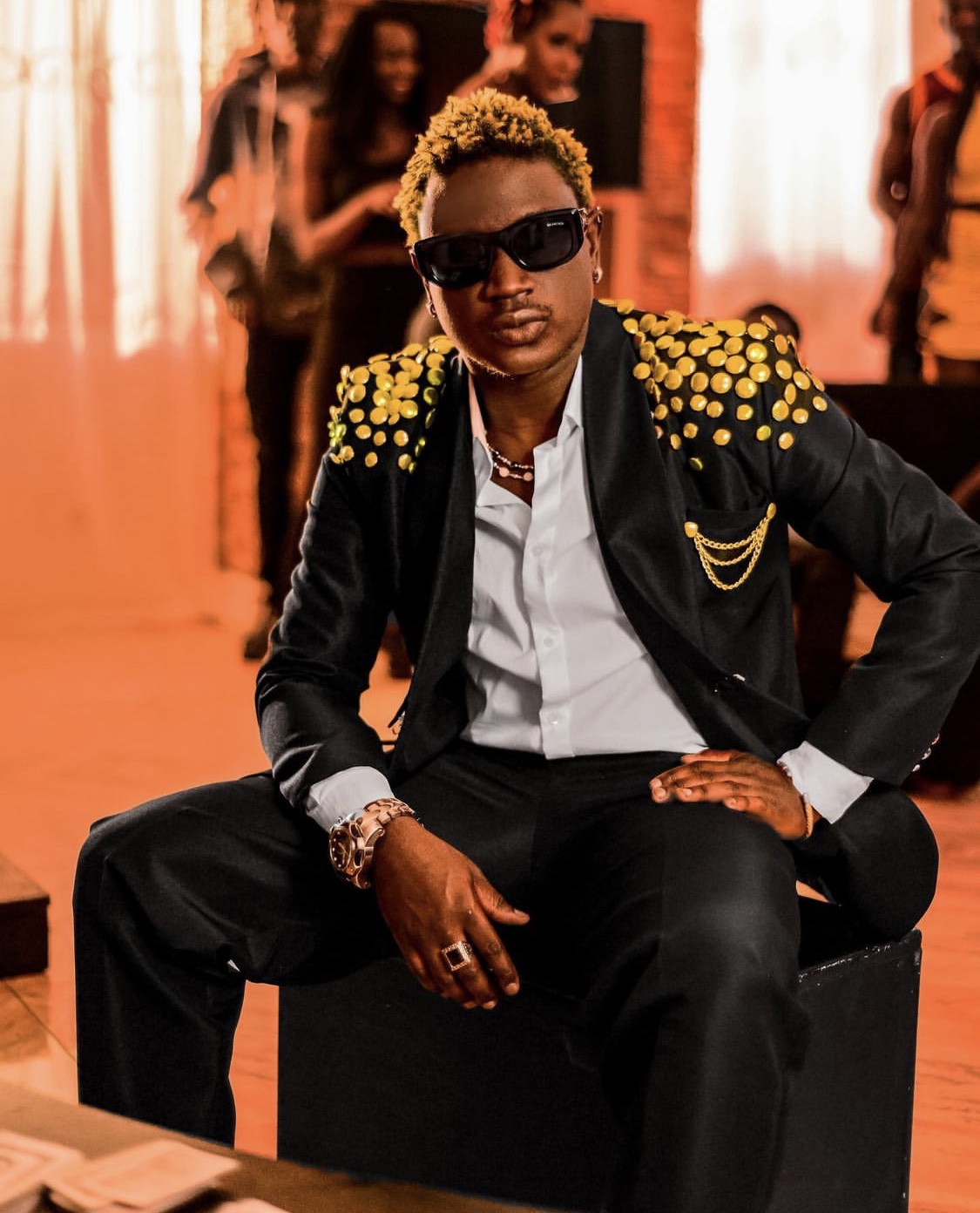 The meme consists of an old man who is busy reading announcements at a funeral and Ugandans have been editing it time and again to try and make fun of what an imaginary deceased died from. This old man who goes by the names of Godfrey Jjemba Matte aka Mzee Jemba was contacted by Gravity who featured him in his latest song, “Tusimbude” which means “we have set off” when translated from Luganda to English.

Jjemba is seen at the beginning ot the song video announcing the cause of death of an imaginary deceased saying mbu he died because of “chilling with big boys”.

WATCH VIDEO: Jjemba Announces a deceased’s cause of death in presence of Gravity Omutujju

The 68-year-old fella was discovered during a funeral in Kayunga held for a deceased friend of Bobi Wine that I shall not disclose out of respect for the dead about a month ago.

Jjemba’s pose and facial expressions at the time his viral meme photo was taken is what stood out for most Ugandans because when captioned, it looks like it was the deceased’s fault to have died.

And many captions depicted the dead person to have lived a luxurious life characterized with “kusimbula” , partying and massive wearing of products from Dior fashion house.