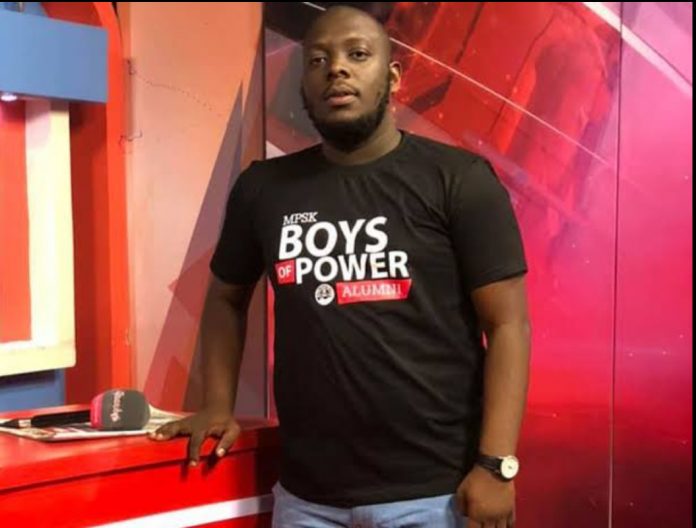 Once upon a time, musician Eddy Kenzo beat the shit out of Kasuku just like the way actor Will Smith did to Chris Rock last weekend at the Oscars, 94th Academy Awards ceremony.

Kenzo in 2014 (8 years ago) had organised a press conference for his upcoming Nice and Lovely concert. This was at Laftaz lounge in centenary Park, just behind Oasis Mall.He had invited journalists from allover town to come and cover his event so as to inform the masses when it’s over. Top entertainment journalists from top media houses like NTV, KFM, Bukedde, New Vision were all around and were listening while keenly taking notes of what Eddy Kenzo had to tell them.

Among these journalists was a one Kasuku also known as Kuku Wazabanga, a Ddembe FM presenter. This man had kept quiet during the entire press conference until it came to the time of asking questions. When it was Kasuku’s turn, instead of asking questions, he started to roll out all the dirty gossip that had been tagged to Eddy Kenzo’s name at that time.

He accussed Eddy of being a serial bum driller (gay person), he also accused him of silencing other musicians’ careers, such as Big Eye of the “Indicator” hit song. Kasuku categorically stated that Kenzo in 2011 paid him an undisclosed amount of money to stop playing Big Eye’s music on Star TV where he(Kasuku) was working by then.

The payment of cash to block fellow musician Big Eye’s musical career really pissed off Eddy who jumped straight out of his plastic chair onto Kasuku whom he beat left right and centre. It was a mixture of blows, punches and kicks which saw the journalist fall to the ground before other journalists could help him back up.

Eddy Kenzo was whisked away by his manager and they left Kasuku cursing while nursing injuries at the same time. A few weeks later, it is alleged that the two reconciled shortly before his concert.

The reconciliation took place at Hotel Africana after the intervention of Uganda Music and Performing Arts Promoters Association, led by Andrew Benon Kibuuka who asked Kasuku and Eddy to put their differences aside to pave way for the development of Ugandan music as a whole.

Kasuku at the reconciliation venue praised Eddy Kenzo for being a good boxer because his punches landed on his face in a rapidly fast fashion. He however advised Kenzo to channel this energy to fighting fellow artistes instead of journalists.

What about Will Smith

Will Smith, an actor based in USA on the other hand also punched comedian Chris Rock during the Oscars Awards ceremony at the Dolby Theatre in Los Angeles. This was after the comedian made fan of Smith’s wife over her bold head style.

Will Smith’s wife known as Jada Pinkett Smith has been having a bold head because of a disease she has called alopecia areata which causes hair loss.

Surprisingly, Smith had first laughed at the joke before he saw his wife’s sad reaction, therefore heading straight to the stage and smacking the hell out of Chris Rock’s face.