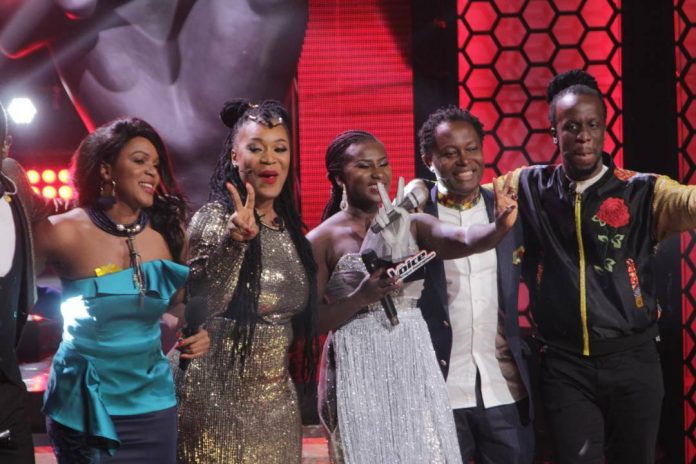 The Voice, a reality singing competition aimed at rewarding talented vocalists, was last week introduced to Uganda by Airtel Uganda.

The competition, which had taken a break due to the Covid-19 pandemic, will now be held in 14 countries across Africa, namely: Uganda, Niger, Nigeria, Rwanda, Seychelles, Tanzania, and Zambia.

Others are Ghana, Congo Brazaville, Zambia, Kenya, Madagascar, and Malawi.

Airtel Uganda announced a cash prize of $5,000 (about Shs18.9 million) to the top seven winners from Uganda who will then be taken through a boot camp for vocal and performance training.

The seven winners at country well will then join competitors from other countries for a final cash prize of $100,000 (about Shs378 million).

Participation is open to anyone above 18 and all they have to do is record a one-minute MP4 video while singing, without an instrument. All they need is your voice.

The participant can then submit the video to an account created on the Voice Africa website awaiting shortlisting. Submissions started last week and they will be closed on November 6.

The debut season of The Voice Africa will be streamlined to millions of Africans via Airtel TV, Free to Air stations (FTAs) and paid channels across the 14 countries in Africa.

It is expected to attract and showcase the brightest of African musical talents, alongside a high-profile panel of coaches and TV hosts, and act as a launchpad for global recognition.

Previously, the telecom company  has sponsored MTV Africa Music Awards (MAMAs), the Zain Africa Challenge, which brought university students together in a quiz contest, and the Airtel Rising Stars, a football tournament for Under-15 boys and girls.

“Do not worry about having instruments or beats. Just have a clear vocal recording without any background instrumentals, tuning or production. Just hop onto your bed, make a video and send it to us,” said Airtel’s Chief Commercial Officer, Amit Kapur,

Audition will be held in Kampala and Gulu, starting November 17.

The unfolding events will be aired on Airtel TV, Free to Air Stations and some channels across all the Airtel markets where the competition will be held.

Airtel Uganda Marketing Director Henry Njoroge said that this provides Ugandans an opportunity to showcase their talent to a huge audience.