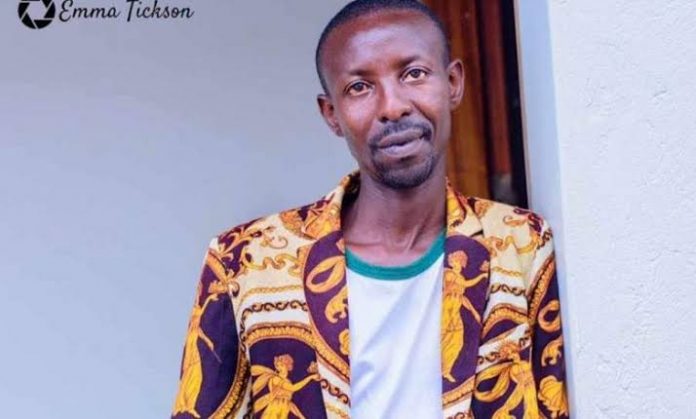 During his burial, singer Eddy Kenzo poured at most emotions and praises to the deceased.

Kenzo, who is one of the most celebrated musicians in Uganda said that it was very difficult for one to understand that Mande was his brother. It was a status that had the deceased proud but he never bragged.

According to Kenzo, Mande was happily living his life.

The day I was convinced with Mande’s humility was the day I won the BET. We were at a party and people came asking for picture moments with me. To keep order, everyone who wanted a picture was told to line up. One of the people waiting in line was Mande.

Kenzo said he was taken by surprise and when he asked him to leave the que and join him, Mande refused, arguing that the people in line with him were their supporters. Mande waited for his turn to take a picture with Eddy Kenzo.

Musuuza also revealed that during his love woes with singer Rema, Mande kept a low profile and also asked Kenzo to do the same yet many people had chose to address the issues through the media.

According to Luke Oweyesigyire, the Deputy Police Spokesperson in the Kampala Metropolitan area Mande was hit by a friend identified as Ronald on October 16 in a bar in Katwe.

“It is alleged that after the fight Ronald dropped off Mande to his place and only gave him pain killers. Mande’s situation got worse the following day and he informed his sister, Beth Namugumya of his health situation. They went to Eddy Kenzo’s residence for financial assistance, which he offered,” ASP Oweyesigyire said

According to Luke, Mande was later taken to a dental clinic along Buganda Road where he was examined only to learn that his jaws were broken. However, during the examination, he reportedly told the medical team that he was assaulted by his friend, Ronald.

“An operation was carried out on the injured area, but his situation worsened. He moved from different hospitals for better care. On Friday (October 21, 2022) Mande was taken to Platinum Hospital where he died from at about 11am,” he added

Ronald is said to be still on the run.