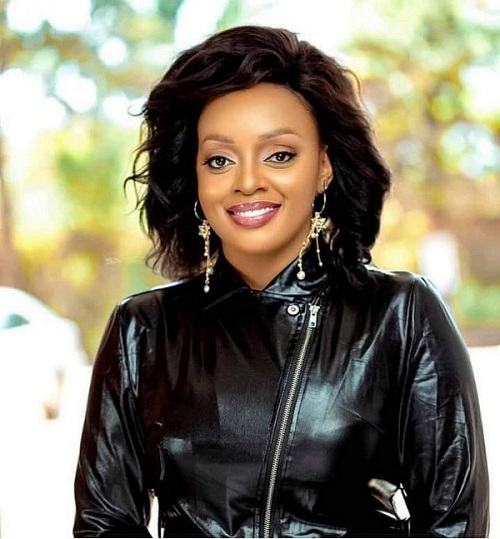 It is becoming more common for people to wake up and the first thing they do is reach for their phones. In Uganda, we are consuming more social media than ever before and as such, it affects us adversely. It influences not only our esteem and perception of oneself, but also our interaction with the world.

This has given rise to cyberbullying with cases of criticism, mockery or just plain insults on the rise. Actress and BBS TV presenter , Dianah Nabatanzi has hit back at a nosy follower for pushing her to get married. A couple of Ugandan entertainment personalities are becoming dogmatic on social media as some fans cross the line to degrade them with negative comments, replies and questions.

On some occasions, these celebrities end up blocking these ruthless and unruly followers while others find themselves in heated verbal altercations. Dianah Nabatanzi who is known by many to be such a down to earth and humble woman , lost her temper after her Facebook follower, Ivan Dearly asked her to drop the act and get married. This commenter Ivan must have found Nabatanzi havingva bad day already as she blasted and tasked him to give such advice to his mother instead for her and that she is fed up already.

“Kigambye nyoko nze ndi mukowu. Because you have a miserable life you think everyone should be miserable. People like you with such mentality of forcing every celebrity on social media to get married yet no one in your clan has ever had an introduction certificate. Stay in your lane and focus on how to better your life because I’m too busy focusing on mine.” Dianah Nabatanzi blasted follower

Dianah went ahead and said that she is tired of critics on social media who are trying to force celebrities into marriage and reminded Ivan to stay in his lane and get a life.