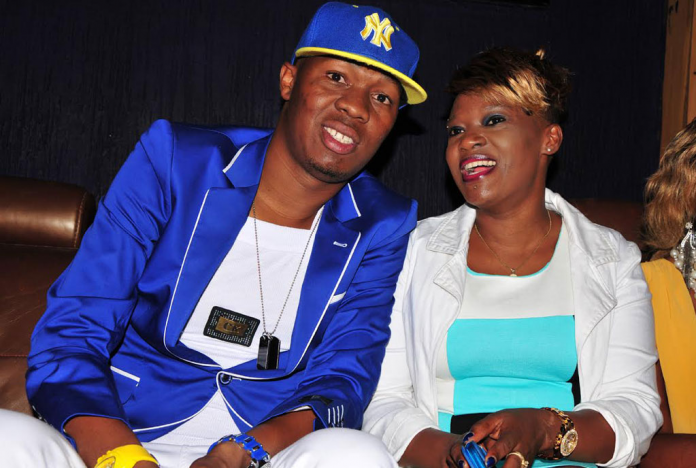 Singer Big Eye has mourned the husband of his ex-lover Don Zella. The US based Ugandan socialite’s baby daddy James died on last Sunday from Al Rahba Hospital in Abu Dhabi. Don Zella and James have three kids together. In 2016, Don Zella revealed that James was battling with Parkinson’s disease, an illness he was diagnosed with in 2012.

“My husband is a victim of Parkinson disease which has claimed the life of Muhammad Ali. He is a loving father of 3 kids. Parkinson is a scary disease. My husband has taught me to be a strong woman since I got to be there for the kids since the past 4 years he was diagnosed, he is there mentally & financially but he cant support physically that’s why I am always 100 % committed to the family and kids people have left me in the time i needed them but i have never given up bcoz of my husband’s condition. I feel great sharing my story with u my loving fans. Never give up on life,” she said.

According to Wikipedia, Parkinson’s disease is a degenerative disorder of the central nervous system mainly affecting the motor system. There is no cure for Parkinson’s disease, but medications, surgery and multidisciplinary management can provide relief from the symptoms.

Don Zella and James got married in early 2000s. They later separated before the former hooking up singer Big Eye. In 2015, Don Zella dumped Big Eye and reconciled with James a few months later.