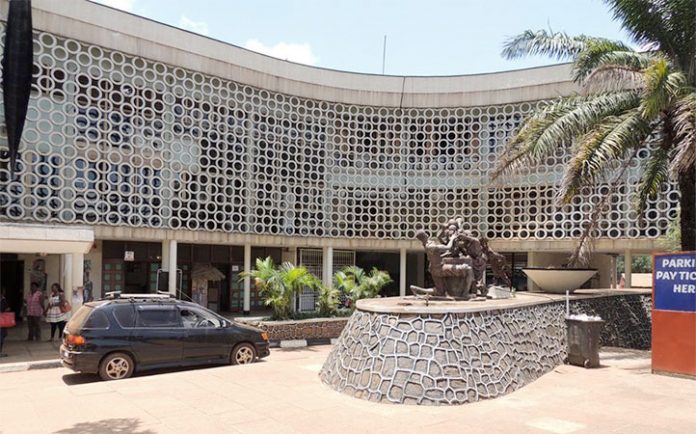 Culture tourism is on the rise and we must tap this potential. Amos Tindyebwa analyses how creative industries can answer Uganda’s youth unemployment problem.

For a long time, no Ugandan Government has paid much needed attention to the role and potential creative and culture industries can play in turning around the economy. No one has acknowledged and become an activist of culture and creative industries in Uganda.

Taking the trend of Uganda in development issues poverty, unemployment, under development and expected developed is rooted in culture and the neglect of culture and creative industries will cost us the much needed development goals and employment for the next decades.

Uganda has talked about a sizeable GDP of $27.6 billion for years now. The country remains as poor standing by a ranking of 202 out of 229 countries (229 is the bottom line).

According to the Labour market analysis conducted in Uganda in 2016, the challenge of unemployment in Uganda is much more related to the skills mismatch between job requirements and qualifications. This number keeps growing with the quality of graduates from universities. Further as an example, the incidence of under-education in skills mismatch is very high in Uganda at 73 per cent.

The skills mismatches are affected by under-education (73 per cent) (poor education, low education and limited skills) and women have a higher incidence (77 per cent) than men (69 per cent).

The labour market in Uganda is fragmented by a narrow formal sector and an absorbing informal economy. Think about the high revenue earnings generated from Nasser road, Kikubo, Kiseka market, owino among others. These places are largely informal business enclaves. The total population in Uganda is roughly estimated at 38.3 million (2016) out of which 17.2 million covers the labour force. Around three quarters of the population are below the age of 30 years old and constitute the most agitating youth frustrated with unemployment.

Put differently, Uganda has one of the youngest and fastest growing populations in Africa, which is creating a high pressure on job creation needs and turning to be a political hot potato – youth unemployment.

With a skills mismatch, narrow industrial base, poor markets and ideological pressures, there will be pressure on Government to create jobs yet some of the agitators are non employable, not productive and unskilled youth but claim a legitimacy on employment needs.

On the survey for Labour market indicators by International Labour organisation (ILO 2016), it is indicated that the employment-to-population ratio men are slightly more economically active than women by 85 per cent and 79 per cent.
The total labour force participation rate in Uganda shows an increasing trend from 76 per cent in 2005 to 85 per cent in 2016. Also the youth have experienced a fast rise from 61 per cent to 76 per cent, respectively. Estimations of both the unemployment and youth unemployment rates have stood at 3.5 per cent and 5.8 per cent in 2016, respectively.

These creative and culture industries are urban centred, take a white colour urban-outlook and look suitable for most youth who have graduated from institutions and universities and are residing in towns and cities. These are youth also scouting for employment opportunities more than ever. Creative industries can absorb these youth.

The incidence of long-term unemployment in Uganda is high at 29 per cent (that is those unemployed one year or more as a percentage of the total unemployed). The share of youth unemployed in total is 58 per cent, which indicates that the youth have special difficulties finding a job on the labour market.

But creative industries and culture industry groups can absorb youth both skilled and semi-skilled and unskilled provided they demonstrate talent and interest.

Uganda’s burgeoning music and entertainment industry has already demonstrated this example of successful artists among youth who are earning big incomes and living a much better life than a public servant on government pay roll.

Elsewhere, there is no known industries in the United States more than Hollywood, in India more than Bollywood, Nigeria is not known for its Oil and gas but Nigeria Music and Movies.

Today an economist in Uganda is not known more than the leading artists like Chameleone, Bobi Wine, Bebe Cool, Eddy Kenzo, Julianna Kanyomozi, Sheeba among others.

REVENUE
About Shs11.3 billion is the estimated revenue derived from culture enterprises in Uganda, the baseline taken to be approximately 12,460 SMEs in the sector. Culture and creative arts are estimated to generate approximately Shs3.18 trillion to the economy in total business income based on analytical estimates. This income is approximately 3 per cent of Uganda’s total GDP of $27.6 billion in 2017. Given the regulatory requirements to formalise businesses the potential contribution to Government revenue is approximately Shs2.6 billion from licence fees and Shs1.8 billion from registration of business fees. This could potentially be higher than over the tax charges.

Culture tourism
Culture tourism is on the rise and we must tap this potential. Every weekend, Ndere Centre hosts the biggest number of diplomatic community through its culture performance where a ticket is not less than Shs30,000 for nationals and not less than Shs50,000 for foreigners. A renowned artist in Uganda stage fees is approximately not less than Shs2 million for two hours of stage performance. It does not matter whether this artist has a degree, or masters but his talent has made his/her fortunes and so many people are employed under his/her talent. These are serious income streams that should be supported to expand and reach many youth.

Uganda exported approximately Shs427 billion of creative goods and services ($239 million). If the government committed a reasonable subvention to creative Industries/culture industries through the Ministry of Gender, Labour and Social Development, this would create miracle impact on strengthening and organising the sector for employment/job creation for Ugandans especially the youth both educated, non educated and skilled or unskilled.

The writer is an economist or trade consultant.