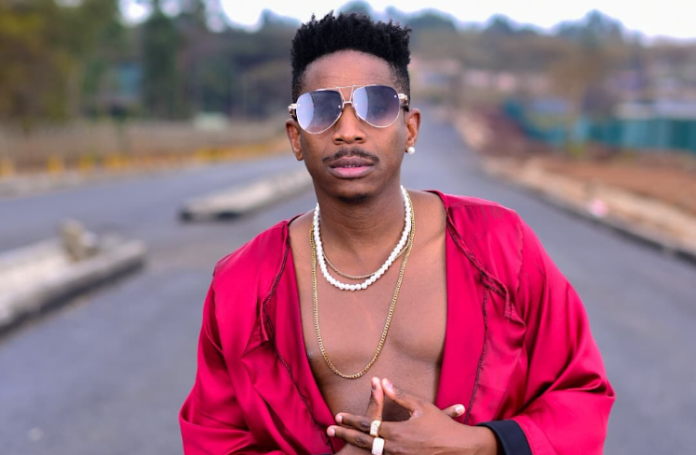 The start of the eleventh month of 2021 came with courted controversy within the Kenyan music industry spearheaded by popular Kenyan comedian Eric Omondi.

In his rant, Omondi said Kenyan musicians are dead asleep and needed an awakening so as to favorably compete with their counterparts from other countries on the African continent. While these comments appeared controversial and rubbed many the wrong way, according to the comedian, whatever he said was the naked truth and it saddens him to see that the industry is dormant and nothing is being done to activate it.

In a bid to find a solution to Kenyan music which Omondi claims is dead, he’s taken this role upon himself as the leader of the entertainment industry in Kenya(…he calls himself so). Omondi came up with a proposal championing for 75% of local music to be played on TV and Radio stations as well as ensuring that creatives are well paid.

In a protest kind of setting earlier in the month, Omondi stormed the parliamentary buildings in a move to have the legislators pass a law on Kenyan music. The self-proclaimed King of comedy had managed to gather a number of protestors before the police arrested him, releasing him hours later. He went on to say that what he is doing is fighting to see Kenyan music which is general get better and that, musicians will benefit from his fight.

The comedian’s advocacy protest saw him get support from several artists and politicians including Stehere Constituency MP and artist Charles Njagua aka Jaguar and Embakasi East Constituency MP Owino Babu who have vowed to push his 75% local content petition in Parliament so as it becomes a law.

Speaking after receiving the petition, Owino promised to rally other MPs to look into the petition and ensure that Kenyan content receives 75 percent of airplay whereas Jaguar asked artists to avail themselves and help in making decision regarding the percentage of Kenyan content that should be aired. “We are going to make sure not even 75%, if Kenyan artists produce good music we will even push to 100%. We are also going to mobilize artists so that when the decisions are being made of the percentage of local content that is aired on our stations, the artists are there to negotiate, to prove they have the content so that we can move together. And now kazi is on Kenyan artists, we also expect you to produce quality music, danceable and good music for the heart, but so far we appreciate you, you are doing a good work as Kenyan artists,” Jaguar added.

Prior to this, the comedian called out all the big names in the Kenyan music industry accusing them of doing nothing to save the industry from collapsing. This saw him clash with some of the artistes including Sauti Sol’s Bien Aime and Rappers Khaligraph Jones and Femi One, among others who dismissed him for being a ‘loud mouth’ and chasing clout with the music industry.

After rubbing Kenyan artistes the wrong way with claims that their songs are not good enough, comedian Eric Omondi now appears to have attracted the wrath of International and foreign stars. Jamaican dancehall artiste Konshens has responded to Eric Omondi’s protest over the influx of foreign artistes during the festive season. In the post shared on social media, Eric had accused Kenyans of belittling their own to the point of outsourcing for talent to entertain them on New Year.

“Honestly are we doing this badly? Is the State of our music Industry really this bad???????? I really have nothing against International artists. My heart is profusely bleeding for our industry. You honestly want to tell me that a @khaligraph_jones @otilebrown @realshinski concert cannot pull crowds on the last day of the year. I have no problem with Konshens. My Issue is our own messaging!!! We are and have been killing our own!!! It’s all in the messaging people, messaging is everything. So next week Kenyan artists will be unveiled as curtain-raisers,” he complained. In a rejoinder, Konshens assured Eric Omondi that no international artist was trying to milk Kenya stating that they only perform in Kenya because of the vibe and energy they get from their Kenyan fans.

In his move to fight for the industry, Omondi says he has been misunderstood and judged falsely, he cites an incident at Ngong Racecourse where Nigeria’s Adekunle Gold was the guest artist. He says he had been blocked from attending the ‘Destination Africa Festival’ for his persistence in having Kenya’s Nyashinski performing last at the live concert.

Apparently, there was a time Kenyan music dominated East Africa. The likes of Jaguar, Nameless, Wahu, Sauti Sol, Amani amongst others were some of the big names from the country. They however seem to have dipped a little bit. It’s now Tanzanian, Rwandan and Ugandan music that dominates airwaves in East Africa plus Nigerian music. For his efforts in making Kenyan artists reclaim their glory, here at Spiners.net crown ERIC OMONDI as our ARTIST OF THE MONTH of NOVEMBER and we say CONGRATULATIONSSSSSSS.