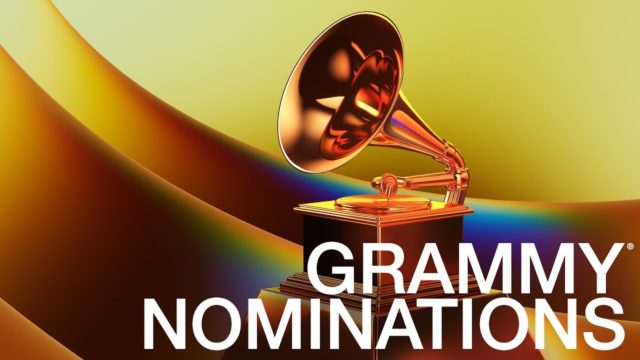 Music has always been a vital instrument that helped Nigeria appear in different countries all over the country. Nigerians are not to be left out of Music and entertainment generally in Africa because they have worked for it.

According to my research and finding, 80% of African Music Charts like Apple Music, Boomplay, and Audiomack are dominated by Nigerian Music. Although most musicians sing in their mother tongues, they are being listened to in other countries. Nigerians see Music as a thing of passion because they don’t have any other platform to promote the country other than Music and entertainment. As a result, different musicians have broken African records by surpassing a million miles of streams on streaming platforms.

Wednesday, being the announcement day of nominations for January’s 64th Grammy’s naturally triggered the wave of music insider takes and fan disappointment that tends to follow such events. In the context of the year for Afrobeats it has been, this rang true closer to home. To a large extent, the milestones that have come this year have been unprecedented and unpredictable.

With the pandemic and the nature of 2020, it was a very competitive year as heavyweights from Burna Boy, Davido, Wizkid, Tiwa Savage and Olamide dropped some of their best work so it made sense that as the world returned to normal and outside opened up, those acts would have found increased success and they did. Burna Boy’s artistry and willingness to push the boundaries of what can be expected from an Afrobeats performer has stood out all year as he’s become prominent on the touring circuit while Wizkid has reinforced his never diminishing star quality by saying less and preserving his mythical figure by letting the music do its work while still centering some of the best talent to hit the mainstream in the last couple of years. Davido’s taken a step back on solo material while opting to build his legacy with a more experimental sound and features while Tiwa Savage released another project with the Brandy collaboration Somebody’s Son reaching moderate success.

What no one could predict was that C Kay’s 2-year-old single Love Nwantiti would become the type of hit it has been or that Buju would deliver as he has on a wide range of features from Ladi Poe’s Feeling to Timaya’s Cold Outside. There wasn’t any definite sign that Tems would end up on a Drake album, two years on from her real breakout- that most prime of placements or that her Wizkid collab, Essence would end up charting on the Hot 100 as it did. Ayra Starr, the latest product of the best oiled machine released two projects to massive success. In that sense, 2021 has redefined the Afrobeats movement in a way that makes it less predictable and offers the layers needed for a movement still so young to evolve and progress.

Last night, surveying Twitter I noticed what felt like despair as to the traction built. Fans across Africa even here in Uganda were disappointed that Wizkid’s Essence didn’t crack it into one of the Big 4 categories- Record or Song of the Year after earning the informal title of Song of the Summer. Instead, it fell in the Global Music Performance category alongside two Angelique Kidjo records (one of them a collaboration with Burna Boy) and Femi Kuti’s Pa PaPa. Made in Lagos (Deluxe) which essentially was released for the purpose of cracking the Grammys (in the build-up to award season, artists tend to build momentum by trying to rejig the memories of work which might have come early in the cycle- this could be via consideration ads, releasing new videos, remixes or singles) was nominated in the Best Global Album category alongside Femi and Made Kuti’s Legacy +, and Kidjo’s Mother Nature. For where Afrobeats is- emerging properly to a wider market in the last two years, these milestones should not be taken for granted. The elder Kuti is the most nominated Nigerian artist in the award’s history while Kidjo has been embedded within the Grammy ecosystem since her first win in 1994. For context, she’s a Recording Academy Trustee. That we have artists who can feel hard done by losing to her as Burna Boy did in 2020 can be viewed as proof of how far we have come and also what Joey Akan describes as “our entitlement”.

For this observer, there’s a lot to be optimistic about. The fact that Made Kuti and Tems can earn Grammy nominations in their mid 20s, at such an early stage of what should be long and prolific careers foreshadows a bright future for Nigerian art. Shout out to Kah Lo whose nomination in 2017 for Best Dance Recording was also achieved at a similar age. That people can feel disappointed at Wizkid’s failure (calling it a failure even feels discrediting) to crack Record or Song of the Year is proof of how far Nigerians have come. The next challenge for them though is to ascend beyond the “Global Music” bracket and evolving into what music executive Chin Okeke describes as African artists competing “on a global platform with our peers”. The goal has to be for Nigerian artists to crack the Pop or R&B categories. Then, Afrobeats would truly have arrived. With its track record, I wouldn’t bet against it.